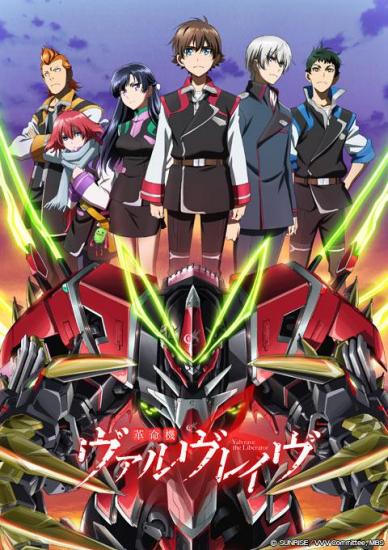 Fuck I don't know what to do after watching this anime, devastated the only feeling I have right now, a usual mecha anime turned into one of the best masterpiece anime.

2000% more depressing as Code Geass and fucking 40000% better version of Aldonoah (not saying there shit both my 5 star anime) but it was just way better......

1. Although the protagonist starts off as a weak pacifist, he doesn't stay that way forever

2. Episodes that depicted the life and strugles of a school with only two adults becoming an independent nation were included. They could have skipped it but instead they didn't.

3. Piloting the mechas has a consequence. In order to be a pilot, one must resign their humanity, although only the main character seems to suffer other issues from it.

4. The mechas were different colors so I could tell who was who :p

5. The pilots have an excuse for never getting seriously wounded, they are immortal in a sense. However, instead of using that to keep all the characters from ever dying, it's not 100% effective. The characters can still be killed.

6. The valvraves were important, but their reason for existence and what they were associated with was more important.

7. The story grows. The characters start off with one goal but ammend it as events unfold and the characters learn new things.

8. They did a good job of making the series of events happen in a realistic way and the characters psychological reactions realistic in regard to the situations. In some ways that's annoying especially when the events are realistic and sad and show a side of humans we would rather pretend doesn't exist. However, that gives the story more power in my opinion.

9. The ending. I'm a little stuck on the ending. In the back of my mind I sort of expected it but at the same time I didn't and I wanted to deny the posibility of ending that way. It's a good way to end a story because whatever happens next is really a new story since the characters can't be the same. In a way, the setting would have to change way too much even if the characters were the same. So it wraps things up nicely and tells a full story...but still...

10. The story and characters were developed well and thoroughly.

12. Some how, I still remember several of the characters names. Unusual.

What I disliked about this series:

2. I am not a fan of writers using some sort of excuse so that characters never get seriously hurt. At least this one one of the few instances where there actually was a reason that made sense and was consistent AND not 100% fool proof.

3. Although the story was well developed, it still felt like there were holes even though I can't identify those holes.

4. I was bored at times. I do get bored during mecha fights often but I'm not counting that.

5. I hated Saki for the majority of the series.