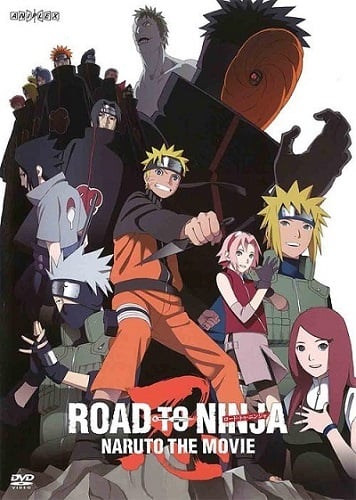 This is the ninth Naruto movie, made around the time when the Ninja War began. The main idea behind the plot is interesting, as Naruto and Sakura are sent to an alternative dimension where there is no war. That is supposed to show what Madara plans to do if he plan succeeds and thus excuse his satanic plans.

Sadly this is still a kids’ show, thus the whole thing ends up being nothing more than a badly written fanfic. I mean, really, you are watching this just because you are aware of how one-dimensional everybody is and want to laugh with a “what if” anecdote. You are presented with an alternative dimension where everyone is supposed to act differently and all you get is them acting in the exact opposite way than they do in the normal world. Hell, they don’t even wear different clothes. Do you know what that means? That the Naruto cast is so simple in personality that the only way they could be presented any differently is by reversing the one and only character trait which defined them. Hell, in some cases that trait couldn’t even be reversed and all they did is removing it. Like, the dog dude now being bad with dogs, the insect dude hating insects, and the scroll girl being bad with scrolls. And that doesn’t even happen with all the characters as many others such as the Akatsuki (yes they are present too) have retained their personality for no given reason.

What makes it even worse is that the script was not written by some retarded 10 year old narutard but by the very creator of the show, Kishimoto himself. Really now Kishi, is this how low your writing skills dropped? People usually improve over the years you know; you are given a fresh new canvas and all you do is reverse the colors?

Anyways, this is all a big excuse to see Naruto’s parents and the Akatsuki members being still alive. I mean who cares about story continuity if you have a dozen cool cameos such as those on screen doing their stuff? And we got a second evil Naruto to fight our hero to boot. Where did he appear from? Who cares! Oh, there is also that side story where Sakura is the orphan in this world and she starts to feel as bad as Naruto for growing up alone. But that is thrown away in, like, 10 minutes and she is useless as always so who gives a damn.

Ah, I find so little to write about this. Seriously, by the time the “what ifs” are over, so is most of the film. It is definitely more mature as a concept than the rest of the movies since it’s supposed to be more about the psyche of the protagonists and less about some global threat. Naruto still ends everything with a Rasengan as always but that was not the point of the film. They could have definitely done far more if they had spent more time on the drama of parenthood and had skipped all the silly reverse personalities. I mean, jeez, what was the point of presenting all the reversed rookies if none of them mean anything to the plot? They literally disappear from the story towards the end. And Konoha ends up being nuked again but this time nobody gives a damn about it; thus trashing the whole idea of the world not being better after all.

Damn you Kishi; all these good ideas, trashed by the ridiculous fanfic flavor.

This is the sixth Naruto Shippuden movie.  In this movie we see Sakura parents, and I think that kind of interesting because we never see her parents.  I wish we can see some of the Konoha Eleven parents in the future show or film because I want to see Rock Lee parents look like.  The plot is very interesting, the plot is where Madara sent Naruto and Sakura to an alternative reality.  And at the alternative reality everything is different, everyone they know are exact oppisite of each other, my favorite is Hinata.  Also in this reality Naruto Parents are alive, and Sakura parents is the one who saved the village for the Nine-Tails.  The fight animation in here was done pretty well, the sound fell the same to me, the character we see in this alternative reality was done very well.  So overall, if you are a Naruto fan go watch it. 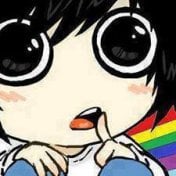 Personally, I loved it because of the fact that naruto gets to see his parents and have a family. what I wish for after seeing this movie is that naruto would get to stay with his family or something....i was really sad after seeing him have to leave and thought to myself, why can't naruto have his family...and that is why I liked this one....although it's sad they didn't put a new movie rasengan in like in the other movies XD

do I have to have a membership to watch this anime?

Actually i am not a big fan of the narutp movies but this one was great. It was really funny at some parts and so full of feelings. To see naruto having his parents "back" was amazing and of course also the fact that we could see all the akatsuki members again, even if just for a short while. the story itself was a little unimaginative, still great to watch and the ending really got me to be honest, because i couldn't help but feeling so sad for him.

This movie is really worth watching if you are a naruto fan, especially if you finished reading the manga/watching the anime, since it gives you the opportunity to see all those great characters again and also konoha before the war. 10/10