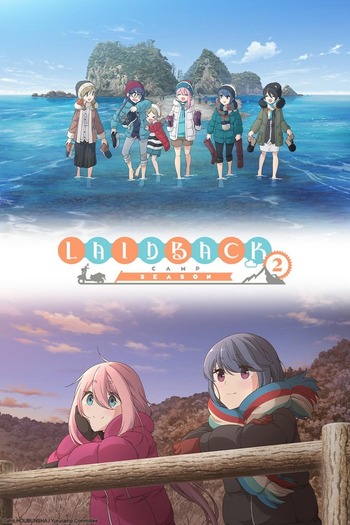 Both of these feature characters who are not yet adults doing what they love and dealing with the consequences of it. Whether it be making books or camping plans, they have goals and they are going to get it done one way or another.

Aoi continues to challenge higher and more difficult mountains (and volcanoes), helped and accompanied by childhood friend Hinata, upperclassman Kaede, and middle-schooler Kokona. Along the way, they discover the wonder and enjoyment that mountain-climbing can bring, despite the frequent hardship.

Third season of Encouragement of Climb.

The Outdoor Activities Club, Aka, the Outclub has 3 members. In the countryside of Yamanashi Prefecture, there’s a high school named Motosu High School. Go even further to one of the school buildings and you’ll find a very laid-back outdoor club that uses one corner of the classroom as their club room. Kagamihara Nadeshiko finally wants to kill some time in their club room, but then Ohgaki Chiaki and Inuyama Aoi suddenly announce that they’re all going on a trip. The girls enjoy the various local treats as they travel around, but where in the world is the end destination for this trip?!

The fourth season of Encouragement of Climb.