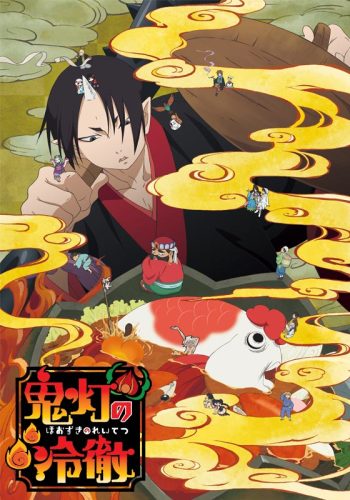 Season 2 part 1 of this series is way more entertaining than season 1. It exceeded my expectations. I thought it'd be a bit of a bore like season 1 but not at all.

Season 2, the storyline was more.. varied? Season 1 focused more on the main character's department and ongoing activities in their surrounding. While season 2 finally tells us about the different parts of Hell and how each regional/department functions, task of each Gods and their minions, tortures, yada yada

As a non native of Japan, it's kind of interesting to me cause even though it's sort of a comidic series, it's also quite educational as we get to see how Japan perceive life after death. The afterlife and how hell manages. (just don't take it literally)

They introduced a lot of new characters here as well as some 'culture' from the West and Egyptian side (demons). They appeared for a short skit in the episode but still it was entertaining.

All I can say is, it was fun. I love the zashiki warashi twins! so adorable. Looking forward to part 2 amd season 3. Def should watch this~