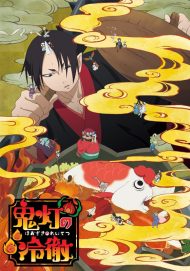 Hozuki and his hell-raising co-workers are back! As King Enma's demonic chief of staff continues to run the Japanese afterlife with his usual sadistic efficiency, the rest of Hell's denizens continue their wacky hijinks as they go about their hellish tasks each day. Whether they are renovating the palace of their retired queen using deceased souls as decorations, putting idols to work in their torture rooms as a press stunt or dealing with a riot in Children's Limbo, a day in Hell is never dull! Some new faces from Japanese folklore make an appearance and the secrets of Hozuki's origin are revealed.

Ancient Underworld Overhaul / The Palace with the Malice

Hell Minion for a Day / The Line Between Workaholic and Artist

The Legend of Mustard / Please Turnip for the Demon Parade

In Those Days You Were Angsty / Dr. Bird Head

The Offices of Boring / Snow Demons

Family / The Hounds of Hell

Warning: the following review is also dedicated for those, who have not seen the first season yet. Cool-headed Hoozuki (鬼灯の冷徹) is a Japanese manga series written and illustrated by Natsumi Eguchi, which is, as of today, her only work. Hoozuki's Coolheadedness has been serialized by Kodansha in the magazine Weekly Morning since March 2011. Wit Studio (Shingeki no Kyojin, Mahoutsukai no Yome, Koutetsujou no Kabaneri) adapted the manga into a 2014 anime television series and three 2015 original animation DVDs (OADs). In 2017 Studio Deen produced an OVA and the second season of the anime series that started airing in October of the same year. It is also worth mentioning that the manga and the anime have been featured at various times in weekly top ten lists of best-selling in their respective media.Hoozuki's Coolheadedness centers on Hoozuki, who works under King Enma. It is possible to say that the Japanese hell only functions because of Hoozuki, who manages hundreds of demons, greets delegations from other hells, and keeps King Yama, focused on what he is supposed to be focused on. However, he is not the only one to accomplish such an uneasy task—manage the whole Japanese hell; he also has many companions to help him. Hoozuki is, perhaps, the most efficient bureaucrat in the underworld, who actually invented the system of the modern Japan’s hell. Hozuki's Coolheadedness season two answers many questions: including hell’s structure, Hoozuki’s childhood and many many more. (Side note: King Enma (the King of Hell, King Yan or Yanluo) is a wrathful god, who judges the dead. That mythological figure is also known in countries, where Buddhism is practiced, including: China, Korea, Japan, Vietnam, Bhutan, Mongolia, Thailand, Sri Lanka, Cambodia, Myanmar and Laos).Hoozuki no Reitetsu is massively popular in Japan; the manga regularly sells 200 000 plus per volume. That is why you might want give this show a try. It took some time for the next season to air, due to Wit’s being a huge ass and a director’s change. Anyways, here we are. Although, it was unclear which path season two is likely to follow, it turned out to be a pretty solid continuation of Eguchi Natsumi’s dark comedy work Cool-headed Hoozuki.Animation wise, my biggest concern here was studio switch. There are some changes in season two, you will surely notice, but at the same time these minor changes are something too minor for you to notice. As you already know, Hoozuki involves Buddhism that is why the anime’s animation should be: rich, vivid, and colorful. And it manages to do so; many new characters are being introduced, many new types of scenery are being shown to the viewer and I dare say, Hoozuki is still the same as it was 3 years ago; somewhere even better than season one. Sound wise, nothing major to mention. Voice actors are still the same; opening and ending themes still have the same feeling as in season one. There are also many tracks that are heavily laced with folk elements and traditional Japanese instruments. They do help to dive in the atmosphere; however, you will hardly find anything memorable.Perhaps, the best part about this show is its characters. The show follows two main protagonists, the first one being: Hoozuki, who is the chief secretary of the Great King. He is literally the only person to maintain order in a Buddhist hell. King Enma is the second main character of the anime. He is supposed to be the second man in hell: cold-blooded and a wise judge of the underworld; however, he is displayed as some dunce old man. In addition to this, Hoozuki no Reitetsu has also an ultra-rich variety of supporting characters, involving: Karauri and Nasubi. Their childish absurdity always creates some comic moments that will surely make you smile. Many new supporting characters are being introduced, including: Izanami, who is a goddess of both creation and death, Zashiki-warashi, who are gods that live in storage rooms; they also like pranks, and many others.Overall-(8/10)Anyways, for those who still have not seen the first season and are reading this review, I must say that Cool-headed Hoozuki is a very unique comedy, unique in a sense that it might be problematic for you to understand the humor. On top of that, the anime makes fun of Satan and Beelzebub. For instance, Satan is displayed as some horrific creature that acts like a princess. That being said, it might be popular among Japanese, but I do not think that this show might have the same popularity rate among the western viewers. Nevertheless, the show still has some good comedy in it. Cool-headed Hoozuki is also somewhat similar to Yondemasu yo, Azazel-san, Gintama, and Beelzebub. It is not a masterpiece of the comedy genre, but still is a good anime to kill your free time. 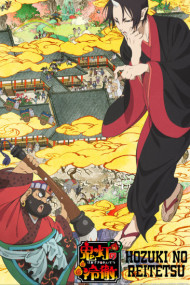 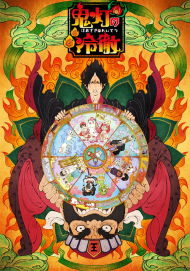 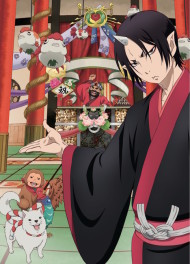 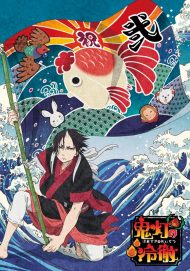 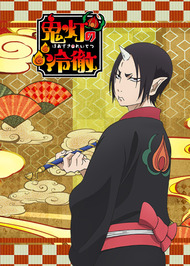 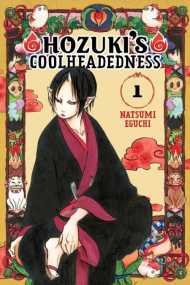 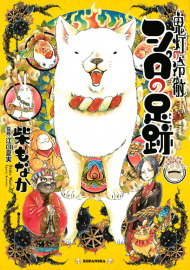