Alt title: Hayate no Gotoku! Can't Take My Eyes Off You 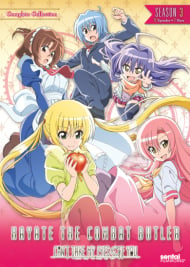 This season of Hayate the Combat butler was probably the least original and the most fresh of the series. Yes, it isn't like the first seasons where the story is always laughs no stress this anime made you think and honestly I loved the whole series :3

Story: Hayate no Gotoku is a character driven franchise. Its strengths aren’t in the plot; the plot is a compilation of episodic clichés played for laughs over 76 episodes of TV anime stretched over 2 different studio adaptations (not to mention the 300+ chapter manga). This season’s incarnation is the third studio to attempt to adapt Kenjiro Hata’s work, and in my opinion, by far the worst of the 3 television seasons (I refuse to watch the movie). Hayate no Gotoku Can’t Take My Eyes off You is based upon ideas by Kenjiro Hata that didn’t make it into the manga. Upon watching the anime, it’s obvious why this subplot was rejected for the main work. The show does not lend itself well to a cohesive story arc. It isn’t an epic drama, which this season desperately tries to be. The result is a hole riddled mess that lacks any of the strengths of the old (a solid number of laughs per episode) or any new entertainment value (the sentimental drama for which the writers were reaching). The gags mostly fell flat, and the predictability of the story left no room for legitimate suspense. As a whole, the plot resembled that of a very long hastily thrown together made for TV movie, trying to cash in on the name of the franchise rather than content. Congratulations Mangaglobe, you succeeded. Animation: This is the most mediocre animation I’ve seen since… well, the last Hayate no Gotoku season. It’s a new studio, so a new style, but there’s nothing to really talk about in terms of changes from the original. Looking back at my original review, the only thing that I’d like to mention is that this version of Hayate no Gotoku didn’t seem to take advantage of animation’s ability to break the fourth wall. In fact, oftentimes I felt like the anime didn’t really need to be animated at all. They were going for a blockbuster action flick style most of the time, which lends itself (usually) much better to live action than animation. Sound: For all the TsundRIE followers out there (including myself), this was not one of Rie Kugimiya’s best performances. I can’t really blame too much on her; the dialogue was so contrived and the plot was so predictable that any emotion that was acted had no chance of being believed from the start. This really applies to all of the many voice actors in this series. No one had a stand out performance, but no one performed terribly either. The songs were okay. The only one of any particular value in my opinion was the ED, but even that isn’t one of my favorite anime songs of all time or anything really special. Characters: This anime presumes that you’re familiar with the franchise. Almost every character that has ever made an appearance in the show or manga makes an appearance this season. There are some side characters who I’m pretty sure have never appeared in the anime before and don’t even get so much as introduced. As for the main cast, they very much underperform. Since all their clichés aren’t really played for laughs, they just seem, cliché. Nagi’s still her tsundere self. Hina remains the borderline Mary Sue perfect protagonist. Hayate remains ever loyal to Nagi despite her constant abuse. The only character that is significantly altered is Isumi Saginomiya, who without her klutzy humor to accompany her, is just a soulless demon fighter, and significantly less cute. A new character in Ruri Tsugumi was introduced as well. This was the final nail in the coffin for the anime. She was annoying as heck. Never once did I sympathize with her. She seemed to go about everything in the most idiotic way possible, mostly because she’s underdeveloped and we hardly ever get justification for her actions (except for maybe at the very end). If she was supposed to be a sympathetic character, then she should have had development quicker and sooner. Overall: I really appologize that this review is below the standards I typically like to hold for myself. There really was no passion in writing this review. The only reason I did it is to justify one point. If I had known what I know now about this anime, I would not have bothered to watch it. Only the most hardcore fans of the franchise who have to watch everything associated with it should watch this anime, and even then, I expect that they’d be disappointed by this anime’s lack of anything uniquely entertaining.

Hayata the Combat Butler is without a doubt quite a famous series now, with a manga of over 350 chapters and still on-going, and two anime seasons, it seems somewhat odd that a third anime season would be met with such a lukewarm response from fans. Sadly though, it isn't hard to understand why once you've watched the third season for yourself. Hayate No Gotku! Can't Take My Eyes Off Of You was pushed as a series which should have been easy for newcomers to get into easily without having to know too much about the Hayata world, somewhat helped by the fact this season of the anime was to feature a plot not seen in the manga. However, what we really get is something that both new and old fans of Hayata struggle to get into, with good reason. The plot can't really be considered a strong one because, while it starts off quite well, it quickly loses its way and wastes its time on pointless comedy and hinting at some deeper meaning to the whole thing, and spends a lot of its time introducing (well, I say introducing, it's more like throwing you at them for no apparent reason) a large cast of characters. While the series was pushed to be easy for newcomers to get into, the fact they start introducing characters into the story and make no effort at all to explain who they are quickly shows that the series has little intention of being welcoming to those who don't know of the characters from past seasons, which could be considered one of its many downfalls. Half the problems come from the series introducing a new character, who comes in and claims to be the sister of Nagi, and while Nagi doesn't quite trust her she still gives her a place to stay and somewhat warms to her. The series seems to waste a lot of time, pointless, with Nagi and her sister, while hinting at a much deeper (and more interesting), plot somewhere in the background which only really gets to shine in the last three to four episodes. Really, it kind of shows why the plot was apparently scrapped for the manga, it just doesn't seem strong enough next to the things which came before it. The characters don't seem to have lost any charm they originally had, but this story just didn't bring the best out in them either, which is again, very off-putting to new viewers of the show. It's true that the plot is actually quite heartwarming by the end, but that just isn't enough to make up for everything that came before it. I can't even say the comedy makes up for it because next to other shows in the season it was tossed in with, or even shows from 2012 in general, it really does fall flat very quickly and keeps relying on the same kind of jokes over and over again. In terms of animation the studio to handle this season of Hayate was Manglobe (likely best known for Deadman Wonderland and The World God Only Knows), and while the animation is good, I wouldn't consider it as pretty or special as other shows this year. It's fitting but will never really go out of its way to impress and I found myself a little bit disappointed that it didn't push the boat out for its animation, if nothing else. The music used throughout the show was fitting, but again nothing outstanding or going out of its way to impress. Like the series itself, it settles for what it is rather than working hard to draw new fans in, or really push the boat out and do something different. It's nice, but by no means memorable. It's disappointing that a series of such a big name ended up with something nice, but by no means memorable. It's mistakes came in a weak plot and throwing far too many characters at us without properly explaining just who they are, both for the sake of newcomers and for those who already knew of the series, but just can't really remember everyone without a bit of help. Hopefully the next season of Hayate is handled with a bit more care and attention towards the viewers. 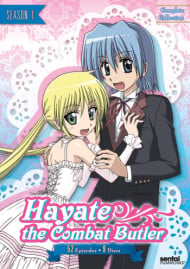 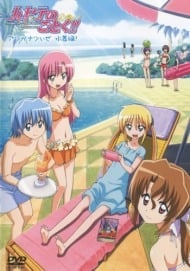 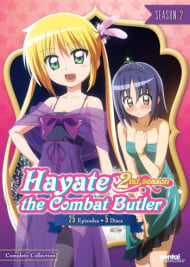 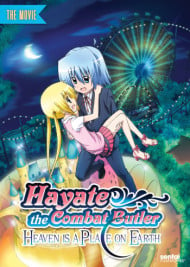 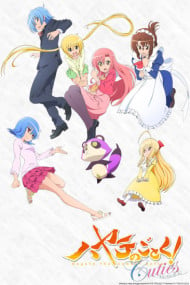 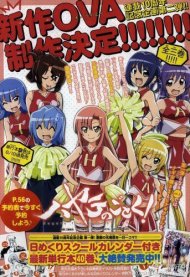 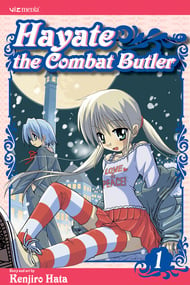