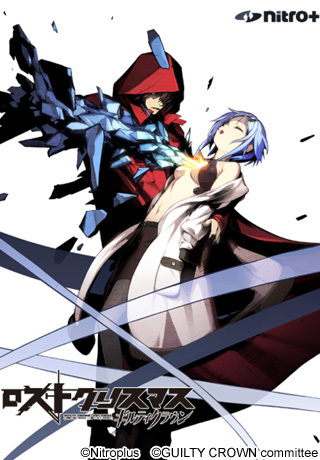 Just some crazy good visual effects, and the style have some things in common, not that much tought.

In 2011, the Great Touhoku Earthquake has opened up an inter-dimensional rift through which monsters attack. It falls to Shiokaze and Sawakaze to defend Onahama, with a little help from some ordinary high school students.

The soldier, Eiji, travels to the Ring Colony to search for the so-call "Beauty Memory", who is said to contain all of mankind's memories. Upon encountering Beauty on a hilltop, he is told that to decipher this data, he must obtain "Amuro's Legacy". Now Eiji continues his quest to discover the key to mankind's salvation.

On a planet very similar to the earth… Here, the missile mechanoids started to have its own will and control, and were driving the human beings into serious danger. Shaleen was the last "ICHIRIN-SHA (unicyclist)" in the world, traveling the world on his beat up motor unicycle. One day, when Shaleen was running from the attacks of the missile mechanoids, he stops by a ghost town and meets a mysterious girl who was constantly targeted by the mechanoids.

Gundams furiously engage in battle across countrysides, in space, and beyond.

In an alternate take of the final battle of episode 7 of Mobile Suit Gundam Unicorn, Banagher Links in the RX-0 Unicorn Gundam Perfectibility sortied from the SCVA-76 Nahel Argama to confront Full Frontal in his NZ-999 Neo Zeong.

The action story follows three girls who grow up on the island of Okinawa — and discover a robot.