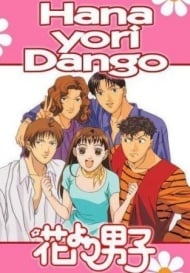 Me, Him… And the Other Guy!

Cinderella For A Night

The Nightmare of the Fall Term!!

The Woman Who Gave Up Everything

Love Beyond the Horizon

A Date in the Snow

StoryThere are many individuals online who seem to believe that all anime, regardless of its genre or general quality, is art. According to them, each and every series is something to be admired from a suitably safe distance, and any sort of criticism is basically heresy. The problem with this theory lies in shows like Hana Yori Dango. The show seems interested in nothing but catering to the lowest common denominator, and throws all manner of clichés into the work to do so. If Hana Yori Dango is "art," so is fast food. The shows derivative nature is most noticeable in the plot, which seems to be moving on rails from the very start. Even those with minimal experience in either traditional shoujo or Hollywood romantic comedy will still probably find the "twists" predictable and the by-the-book dialogue all too familiar. Everything feels hackneyed and overdone. In one scene, a character shouts out that he loves the protagonist, but his voice is drowned out by a noisy vehicle that happens to be driving by at the time. Seriously, who hasn’t seen that somewhere else? Despite this, the plot is initially entertaining on camp value alone. The cheesy and predictable nature of the plot lends a certain charm similar to what Fushigi Yuugi had going for it. However, this isn’t really enough to carry the series for all 51 episodes; it’s only a matter of time before the gas runs dry and the show tanks. All of this leads to an ending that is at once obvious and moronically illogical. The contortions that the writing has to go through in order to twist the ending into something acceptable to the studio execs surpass mere deus ex machina and into absolute absurdity. The anime doesn’t quite dip to the level of the “it was all a dream” style of conclusion, but comes far closer than any respectable work ever should.AnimationThe series is also hurt somewhat by its age; the animation was most likely only serviceable when the show was aired, and has since aged horribly. In particular, the character designs feel extremely dated and ugly, and any sort of action looks clunky and unnatural.SoundFor the soundtrack, practically the entirety is comprised of classical music mixed at a fairly high (and noticeable) volume. This might have actually worked better in a classier show, but when played alongside the soap opera antics that the characters engage in, the music feels distinctly out of place. The music also becomes a little repetitive when the same handful of tracks is used for all 51 episodes.CharactersSuch a story has been saved in the past by a set of solid, likeable characters, but Hana Yori Dango has no such luck. The protagonist has the perky, survive-through-any-hardship vibe that seems to be a universal trait among shoujo heroines, but is otherwise a blank slate (similar to male “heroes” in harem shows). The two main love interests fare slightly better in originality, but I hated them all the same. One character is a violent, stupid and snobbish oaf that will probably be beating his wife in 20 years, while the other shows so little emotion that it’s difficult to feel anything for him at all. The two personalities seem as if they were made specifically to appeal to shallow female adolescents, most likely because they were. The supporting cast ranges from mildly annoying to completely forgettable.OverallAs a whole, whatever charm the series might initially have in the beginning is lost as the longwinded, predictable and dull plot drags out the premise to the point of tedium. The technical elements are lackluster, and the characters are sub-par. Like other "classic" romance anime from the 80s and 90s, the show will never be forgotten by its fans, but probably should be. 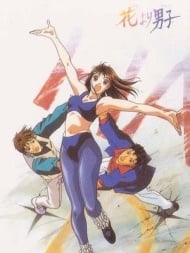 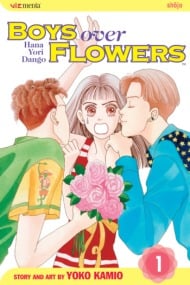 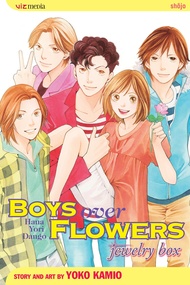 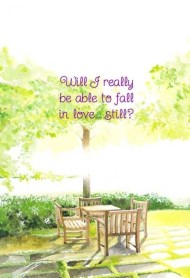 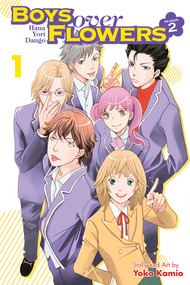