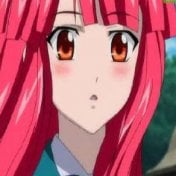 Here we go again, another Netflix attempt at making anime which fails completely. I gave it a go, since i enjoy the idea of " surviving in the unknown" kind of animes, because the people are forced to improve themselves to survive or they will die, they are usually exciting and the drama if any is life of death kind of serious drama. While the 1st season was watchable, if you're bored, the 2nd season left me and the person i was watching with in complete disappointment. What blew my mind was that the anime was aimed towards women in the tags. I didnt plan on writing a review, but since it was aimed at me, as the target demographic, i thought i need to express why i didnt enjoy this anime.

This is a Spoiler FILLED review, so if you dont want to get any spoilers - just look at my ratings.

There were many, many issues with the backstory in this anime, which started out in season 1. Most of them cannot be fixed in the 2nd season, which is why i will try to be brief when talking about how stupid it is to send a bunch of random kids or teenagers in a completely new, dangerous setting, without giving them any warning, any training, any tools to survive, oh and one adult that they have never met before to guide them. That noone told the kids the important information about where the supplies are, only hoping that the guides would be ok mentally, physically and wouldnt be homicidal maniacs, who'ld want to kill off the kids they dont like, make their own tiny cult or whatever. That they sent a bunch of kids in the future with the idea for them to have sex and repopulate the planet, but they were not explained anything sex or parenting related before they got put to sleep to wake up in the future. Not only that, but there was 1 single person in the entire anime who knew about how to deliver babies and how to take care of people. 1 medic. Far from the groups, which are spread out, when each group woke up at different times, with years of difference between each group waking up.

Yep, that's the set up of the anime in season 1. Get thrown in there, but wait, they are not thrown in there, they have been carefully selected! So many years, money and resources went into putting a bunch of teenagers into an apocaliptic field trip.

i am not going to do a whole story recap of season 1, so lets just start with season 2.

Main female love interest - Hana is just fine, of course she is! Killing off selectively animal life to survive, she basicly just wonders around together with a bunch of animals she made friends with. How predicable.

The main " villians" which are 2 dudes that got cast out of the group at the end of season 1, met up with the group of Main male love interest Arashi because of course they did, how else is this show going to generate drama otherwise? Not from their surroundings or lack of shelter or food for sure.  The entire time, the show kept trying to make some drama happening with the 2 outcast guys, but then the writers said "well, this dude has been crazy for long enough" and decided to give him an imaginary reunion with his dead best friend, where they can talk and he can finally stop being so stuck up on the past. While this was a huge deal in the anime, for us the viewers, this felt like filler rather than an actual story worth listening to. It was extremely boring and nothing like what you'ld expect to find in an apocaliptic surviver kind of situation. Then there was the other filler with the ship which had a nuke on it which was doing to shoot at Japan, effectively wiping the remainer of surviving people and animals.

Do you know why i classify the ship as a filler? Because the music, pace, animation, voice acting, all pointed towards that direction. I wish i can figure out how to upload the picture of the last episode of the character's face, better yet a video with his voice, while he's trying to stop the nuke from being launched. His face was so blunt, just a small tear and a bit curved eyebrows to show us he's not happy. While he's praying that the nuke will not launch, because his beloved will die, the voice acting is calm and mundane as ever. The music during some of those scenes had elevator music. Yep, it didnt fit, it was trying to be chill, cheerful, it did not fit at all with the setting of the scene or the almost certain peril situation they were in.

Back to the story with a sprinkle of characters impressions

Ok so not only is the ship filled with war missles and a nuke, there is also a bacteria, which for a bacteria, multiplies and moves at speed beyond what microorganisms ever could. As in, the black goo that moves so fast that you need to run from it, but because it eats iron and because humans have iron in their blood, it will hunt them down. Never mind that the whole ship was made out of metal. Right, sure, that bacteria behaviour is so made up that they might of had better chances at convinsing me that it's some sort of an ailen instead of trying to push this... stupidity down the viewer's throat.

Now lets go with the sprinkles, the attempts of characters.

I already talked about the 2 boys which were the bad guys this season, one is crazy, the other one is just insane.

The only surviver guide - the woman with the big.... responsibilities, doesnt really do anything useful this season, she doesnt act tough like in the 1st season, doesnt get much screentime.

The little fortune teller girl is more like an npc which is just telling people information left and right. I mean, at least she's doing something.

I already said what Main female love interest does the whole time, which again is kinda weakening her as a character compared to how she was in the 1st season.

There was one blond girl who's only interested into getting together with the insane baddie.

There was one long red haired boy who was trying to have a good time, regardless of the situation.

There was a Reaper dude, who was sent to the future to kill people if needed, but we only saw him few times this season and noone cares about him.

There is of course the all times main character, the male love interest, who never dies, talks sense into the people and is without a doubt boring to look at but still somehow pulls the characters together and has to smack some sense into the baddies, but with words ofc. He's a good boy after all. He has of course a female character who he's protecting, which is not his gf, of course, who falls for him completely from day 1 they met, but doesnt do anything about it, because he has feelings for Main female love interest - Hana, aka his gf from before they got sent to the future.

That shy and indecisive girl who's constantly getting protected is also the Sakura-chan on steroids in this anime. I wasnt even as annoyed at her, as the other person watching with me was. And yet, the whole story was just so bad. One guy is her knight in shining armor - she likes him, another is her bully, but he likes her, another is also nice to her, so he makes her blush, but she doesnt see him like that. Also the reason why i am writing this review is how much time was spent on her, being so important character and especially when she's on her period. Well, she's gotta be useful somehow!

Yeah, i know it sounds cringe as hell, but please let me explain how much more worse it gets from here on.

Her being on her period, is the reason why she saved the red haired dude from dying, because she was staying at her room, pondering about her knight in shining armor and how much she likes him.

Later on, again, being on her period, because like it matters, decided to use the bathroom to change her tampon, at the abandoned ship. Ok, i'll pretend like tampons are -considering the lack of soap- even a good idea, so she throws her tampon in the trash bin, where the evil human hunting bacteria lives and wonders around on the ship for some time. The evil bacteria multiplies and gathers and grows and rushes after her? And damn, it grows so much that it basicly eats the ship and stops the nuke countdown.

This is her character usefulness. Her personal qualities. That's it, that's all there is.

None of the other female characters was having their period, because i asume it was writen by men who never heard of synchronisation, so that's the only way the writers would think for this weak, insecure, demented character to be shown in good light.

During the whole ordeal on the ship, she got separated from the group, since she could not function without being told what to do all the time, she had to spend a good amount of time pondering to or not to just cross a bridge like structure to get to where she's going. It was empty, it was safe, it was a waste of time and it was the highlight of her character by herself, doing something. Later on, she pushes few buttons and saves her knight and baddie who's nice to her, but only after being told to do it by her knight in shining armor, that she's crushing on.

The general notion i'm getting from this whole season is that they wanted women to watch how.... women can do nothing useful, never actually take the lead or control of the situation, let the men do the work, never actually do anything dangerous, because they are weaker than the men, dont say or do anything that is of great importance....

but they got periods!

Typical Netflix bullshit trying to be woke. And lets not forget that the main love interests had people falling for them, who had other people falling for them, who also had someone else who likes them.... hinting at gay romance but without any actual action. With so much love drama, forced "girl power" notion with the period saving the day several times it's just a completely senseless anime, which was originally meant to be about surviving the impossible.

I would not recommend this anime to anyone.