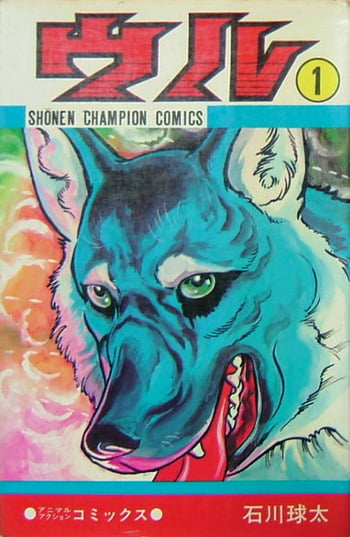 Based on the 1941 film “Here Comes Mr. Jordan” (later re-made as “Heaven Can Wait”) this is the tale of a man who is pulled from his body too soon who finds himself traveling from body to body until he can find the right one to settle in.

Kotan is a child of Ainu descent who finds himself suddenly in the care of a man-eating tiger named Dan. Dan has vowed to Kotan that he will help him find his lost parents. Their search is cut short when the odd companions are approached by an old Ainu man named Upopo. When Upopo spins tall tales of how Kotan is the chosen one who will locate and inherit the Ainu’s hidden treasure, Kotan and Dan find themselves battling criminals, murderers, cheats, liars, and all-around closed-minded folk. As if there weren’t enough things threatening their lives, a crow warns Dan that Kotan is will be the one to end Dan’s life. Can Brave Dan and his best friend Kotan survive the trials that await them? What is the Ainu peoples’ hidden treasure, and is it really worth it? Was the crow telling the truth, or was it just malarkey?

Jiro Manabe hasn't seen his parents since he was a child. He doesn't know what to expect, except that his mother is Turkish and his Japanese father mysteriously disappeared when he was almost too young to remember. When a stranger appears who can take Jiro to his mother, the mysteries that Jiro has come to solve only grow deeper. Is a drug-addled belly dancer Jiro's mother? Why and where did Jiro's father go? And perhaps most importantly, why are army troops trying to gun them down?

Ryouma is always ready to defend the weak and fight for honor, but that doesn't help you get the girl. Caught in the middle of a fight between gods, Ryouma was found worthy and become one with the Warrior King of the Southern Skies. Now NOTHING makes sense, as he has to juggle his high school studies and epic battles that shake Heaven and Earth.

Imagine a world full of flying dragons, talking mushrooms, burning forests, supernatural bisons and many more strange creatures... Well, Mondo, Rokuna, and Dr. Hiiragi go on some crazy adventures taking on lions and crazy monsters in hopes of creating a passageway between worlds so humans and monsters can live together.

The King of Sand Land is very ruthless and greedy - only he has a source of water, and makes money off of the commoners by selling bottles of it at an exorbitant price. One day, Sheriff Rao enters the home of the demon Beelzebub and requests his help to find a new water supply, and the son of Satan accepts. Along with the crafty and wise demon Thief, Rao and Beelzebub set forth into the desert on a grand expedition, discovering along the way that humans and demons might not be so different...