The Guy I'm into Is a You-Know-What! - Recommendations 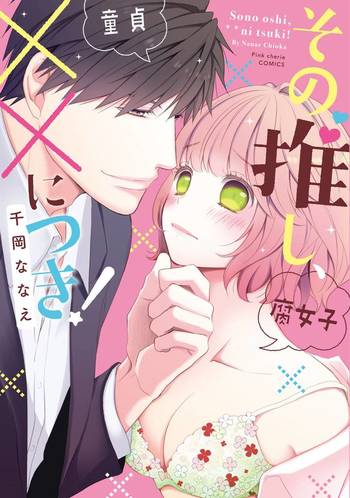 If you're looking for manga similar to The Guy I'm into Is a You-Know-What!, you might like these titles.

Does It Feel Too Good to Speak? My Secret Lover's Indulgent Lessons

Working at the same company, the cool salesman Hazuki and project coordinator Mina are in the midst of a secret love affair. Due to the company's strict policy against office romance, if they are caught they will be forced apart. Even so, Hazuki has a sadistic side that knows no bounds and loves to cause mischief. Mischief that involves intense inter-office relations...

"Just show him." I'm suddenly being wildy desired by my colleague... Even though my ex is right in front of me, I'll come if you rub me there any more…

Sorry, but Can I Go All Out? Cohabitation Fun With My Unrivaled Colleague

"Sorry, but let me do you again." 30-something office worker Sae Ichinose got dumped by her boyfriend and is struggling at work. On top of this, she's suddenly kicked out of her apartment for repairs and finds her temporary residence is double-booked! She has to spend a week with her colleague and rival, Kento. Coming home drunk and collapsing on top of him one night, Sae is then pushed down as he insists, "You're the one who initiated this." The entwining of their tongues and his gentle caresses make her dripping wet. "Your body's so good I can't stop." She succumbs to the pleasure multiple times... She shouldn't like this, but when he does it this sweetly... she can't help but want more!

I'm Not Going Home Tonight... At a Love Hotel with My Wicked Coworker!

Satsuki and her coworker Rihito go to the countryside on a business trip. He's really popular among the women in their office and gets along well with everybody. Satsuki dislikes that about him, but that day, they miss their plane home because of her! No matter where they look, they're in the middle of nowhere with no one in sight and no cars on the horizon. But, in front of the two stranded colleagues stands a hotel...!

A Tryst with my Brutish Boss

After being dumped by her coworker boyfriend, Kanami tries to cover her embarrassment by spreading around the lie that she's already found a new boyfriend, even though there's no way she can find one. Depressed and forced to work overtime, she accidentally discovers the one secret of the office's resident super manager, Shoji Kamijo! He offers to do anything for her, so long as she keeps quiet about it, so he has no choice but to do as she says! So, she asks him to pretend to be her boyfriend... However, a coworker who doubts they're really dating and a new guy who makes an advance arrive on the scene...!!

As a perfectionist, Komari Kanata's natural enemy is Kiyose Higashimachi, who beats her in sales record every single time! And every time, after she has worked hard and made every effort, he tells her that he wants to learn from her with a stoic, sarcastic face, mocking her. Their rivalry continiues until one day, he learns her secret.