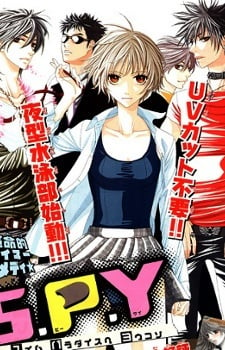 Kazuya and Yu are both in the swim club. One day, Kazuya smells and violently reacts to something that shouldn't exist at their school for elite alphas... An alpha who is an under-performer and an omega who's an overachiever.

"When I'm in the water, I'm not sure whether I'm crying or not." Rio belongs to the swimming club and is an excellent swimmer. She has even been told by the club adviser to help out Yokoyama, a member who can't swim, because she's good at teaching others how to swim. She is also a close friend to Jun, another swimming club member. What will happen to these three?

Kohinata Kanade is a second year violin student at Seiso Academy's Music Division. She lives together at the school dorm called Linden Hall with her childhood friends, brothers Kisaragi Ritsu and Kyouya. They practice intensively day after day at their orchestra club, aiming for victory at the nationwide music concours. However, one day Kanade is told by a boy she doesn't know "Your performance has no flower"?!