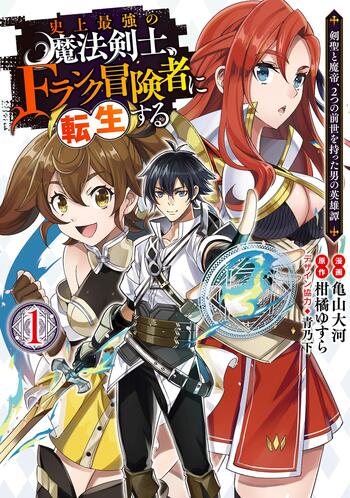 Below average. The main character runs around with overpowered skills, with the goal of just doing what he wants. The conflict that's introduce really serves no purpose at all. A drought which simple water magic can solve puts a city down. Random excuses for conflicts just happen, a capitalist woman selling water at obscene prices, a 'corrupt' examiner losing to him and just letting everyone pass despite the whole point of a test, some bandits who just doesn't like him. The main character never offended anyone or showed any valuables, but random things like this just happen.

A good number of pannels have a dark atmosphere as if the author cant make up his mind between a full commitment to a light comedy or a dark action. The result is a book where you don't really know why the author does what he does, almost as if they're writing to fill some quota.

The art was fine, but it's not saving the score.

The main character doesn't act like a person who lived out the lives of one worker and two masters of a century's experience, but more an edgy teenager that acts aloof while they just don't know what they're doing. Moments when he panics at some overgrown wild beast dogs or a regular orc make you wonder if he remembers anything at all.

Mostly my personal opinion but when I read/watch something I like the story to have decent character development the story to evolve and touch different subjects. I HATE when a story sticks to one thing.. this whole story revolves around discrimination on classes (in this case f rank adventure rank) within every 3 chapters someone will underestimate him and try to belittle/kill him. Characters appear then you won't see them in 10 chapters or ever again. Protagonist is "advanced" level naive and it's disappointing. He's on his 3rd life already but doesn't question a thing and acts like a new born. Also main part of the story is he's OP and wants to live a free and simple life yet he shows off his power every chapter never holding back. Even after being told he's out of norm or should be careful he'll show consideration chalking it up to good advice and do it all over again to be told the same thing again and miraculously it's like the first time he's heard it.

The girls around the mc are weird, but the more you read the better it gets and the last volume had my emotions on a roller coaster! You just need to have patience. Wouldn't recommend to beginners though. A bit hard to read for a beginner to get through. Otherwise pretty good story

Not unique and cliched not as a parody but boring manga.

A swordman/magician is reincarnated into the body of Yuuri who slowly finds out the powers he had in his past lives. Did I say slowly I meant quickly, and by quickly I mean right away. And by that I mean that he defeats a D rank goblin king in the first 2 chapters. It would have been 1 but the chapters are short.

Yuuri does a bunch of fantasy isekai things like breaking a mana detector because he has so much, the world only having low magic capabilities so Yuuri is the most powerful person in the world, the only person with multiple elemental abilities, and so on.

Sure, I like these mangas im not going to lie but this comic does it in a way that is boring and predictable. Hell the most unique and enjoyable character is a slime named "lime" (Yuuri named him) who only says "kyuu."

Giving this a low rating because an annoying woman appeared in chapter 59 and it's just ruining everything for me. But besides that it's your classing OP MC isekai. It's almost like Tensei Kenja no Isekai Life.