Alt title: Until I Become Me 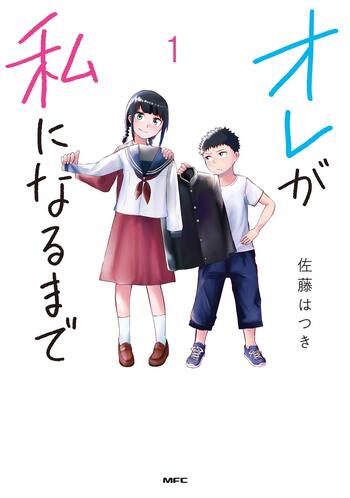 If you're looking for manga similar to Ore ga Watashi ni Naru Made, you might like these titles.

After a guy wakes up as a girl one morning, his kouhai roommate wants him to turn back. But Senpai's too lazy to look for a cure and would rather lackidastically go about his life as if nothing happened!

Shunichi Ikeya gets a confession from his childhood friend, Yuka Yashiro, and he comes out as gay. The outcome of that isn't what changes their lives together but rather, a change in sex is what turns their lives around...

A mysterious beauty x reclusive NEET x aloof ikemen. Those who find it difficult to live in a cruel society meet by chance and a strange story begins.

Shouma and his friends demean and assault the class rep in an empty room at school. How far will they go before they stop?

Confidential Confessions is a shoujo drama series by Reiko Momochi which features several short stories in each volume. The stories deal with true to life subject matter that teen girls face such as rape, suicide and sexual harassment. Often dark, it is a provocative look at the hardships that young woman have to deal with, no matter what culture they live in.

Because of his gloomy appearance Shinoyama Mei is treated as a loser by his classmates. In order to take revenge on the head of the bullies, Enoda, he asks his occult-loving sister to make a poison(?). However, the poison turns out to be a love potion instead!!

"Ethics" is the path of humanity, a principle that becomes the norm of morality. Learning is not a problem in the future. But this class is filled with the truth of life. Cool ethics teachers and Takayanagi confront the problems of students and their own stance...