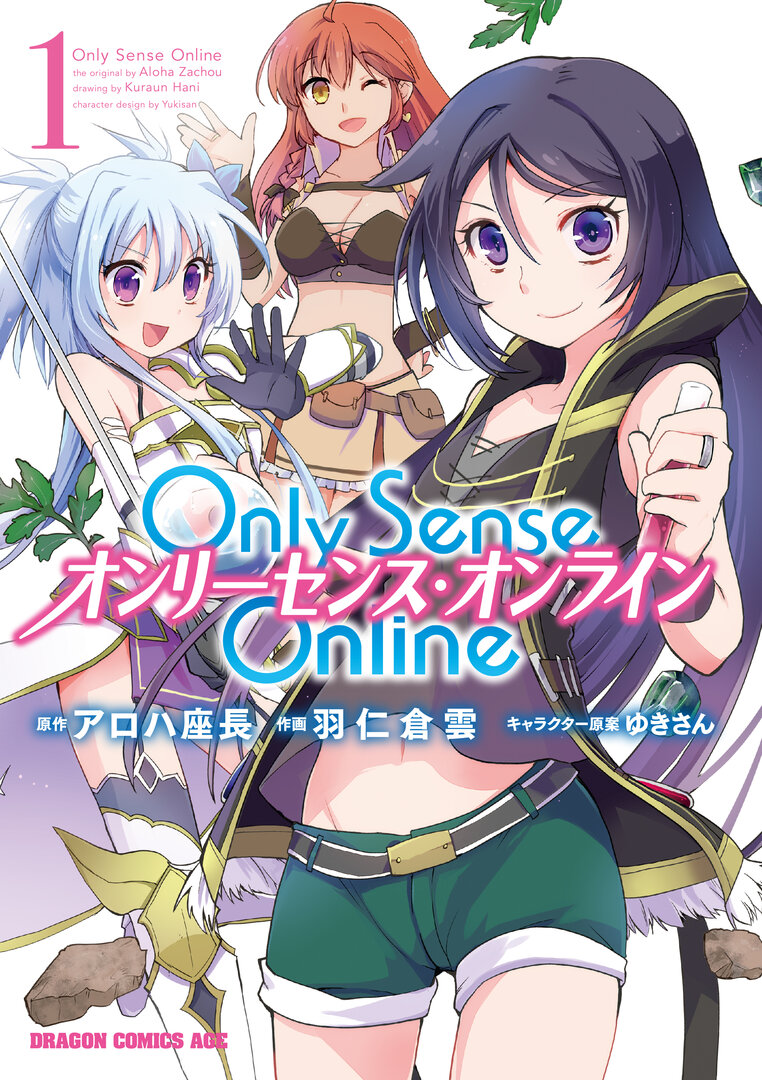 A story-less manga, but not as repetitive or predictable as most of manga of this kind.

You have seen them all hundred times already. Nothing new.

A bit above average manga if its kind.

What is annoying is that the "unique discoveries" of skills and their combinations main hero gets would in reality be well known from beta mentioned in manga based on how easily obtainable they are and that its possible to take up any and all skills and easily switch between them. Also the prices put on things and economics are often a bull - I tried to not think about it but its just so painfully obvious its hard not to.

I decided to start reading this as it reminds me of Sword Art Online (the names tho, rly) and I am currently waiting for more chapters to appear in this light novel based manga and have resorted to read the actual light novel due to my lack of patience (^^;).

At the time of writing this review this manga only has 1 volume and 6 chapters.

The light novel I am reading has 8+ volumes and 316+ chapters (the english translated one only has like 30 chapters at the moment), so the manga should have plenty to base itself off of so if you were wondering it will have much more content in the future. As of now the manga in itself is not finished so I cannot give an accurate review and can only imagine what it will look like based from the light novel for its future chapters.

So this review is going to be based off the manga and the light novel so there are spoilers:

Story (8)
Currently I am enjoying the story, the attention to detail in the Sense's abilities is nice and does change as the story progresses which is kept up to date with our MC, although I doubt all people will like that sorta thing.

This does not have any life threatening moments during the irl parts nor does it include serious world changing moments in fact the story is kinda like a very detailed game log, this story is fun to read through but there were parts that even I would consider cliche (especially that underground library part with Taku).

There are some moments where I stopped reading and thought "Why doesn't this say its a gender-bender" and "Wait is our MC having odd thoughts about his male friend" I have also read over some parts that may be considered ecchi and pondered what that would look like in the manga's art style. huehuehue (~◠▽◠)~♥

Art (7)
For its kind (VRMMORPG) of genre it has been done very well and the exiting and embarassing moments from the light novel have been portrayed into the artwork very well and give off that omg deja vu feeling if you've read the light novel which is great, so far the artwork is consistent through the chapters and that is nice to see and hopefully it will continue until the very end.

Characters (9)
The characters are kinda repetitive when trying to be funny, like Shun/Yun's "I'm a boy" thing but their different emotions and their roles within the story are placed good enough where it is able to be withstood, after going through most of this it turns out there are quite alot of characters and each of them is unique in their own way.None of the characters in particular can be hated, not even the some of the PK's can be hated that much, mainly because its all about fun, that is... until the fights start.

So in the end I read this because I am familiar with the VRMMORPG types and had nothing to do but wait until season 3 of Sword Art Online came out, but as it turns out I may like this more than SAO.

Overall I would recommend this to anyone also interested in game like manga, and then immediately remember that I still play SAO.