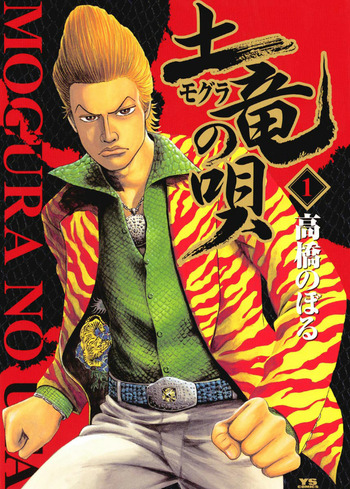 The pervert and coward Ushio Shishimaru received a mysterious sword from an old man he met in his journey. The power of the sword can transform him into the powerful Lion Maru. Enjoy his adventure along with beautiful Saori and her boyish sister Kaori (aka Kosu-K) in the new kabuki district.

Akira, is the No. 2 delinquet boy in a high school that is full of students with disciplinary issues. Battles often break out within the student body for the alpha male position.

Two brothers, Izumo and Shinonome live in the lawless city of Donten, where they run an odd-jobs agency. A girl asks them to capture wanted criminal, Ron Biscott and free her younger brother, but will a freeter who’s distracted by his part-time job and a computer-addicted shut-in really be able to help her?

"A hero" is a job that in the face of danger and adversity or from a position of weakness, display courage and the will for self sacrifice. Would you like to work as such a hero in our company? You may transform, manipulate a huge robot or fight as a squad. Shall we realize your dream in our "Hero Company"?!

Yuzuko was left alone after her grandmother passed away. Shadowed by a mysterious organization, her family murdered by a psychopath, and with the sudden "breakdown" of the world, the missing pieces to everything is revealed, and the "Peppermint" inside Yuzuko activates...

Kikuno Kei, nicknamed "Kay", is a normal university student and a part-time hitwoman with John Wick like skills.