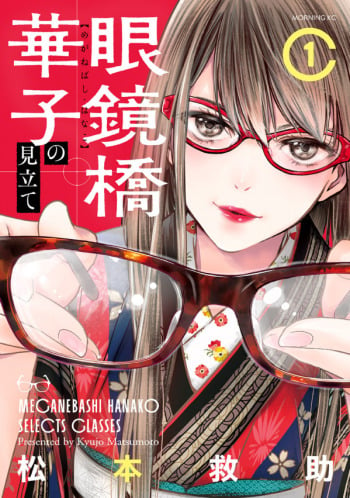 Moyuru Hono enters a whole new world for him: His comic masterpiece is getting a screen adaptation! Hono accepts all this with feverent anticipation! In making this film, Hono antagonises over the film deviating too much from his original vision, even butting heads with the director due to their differing ideas. What will happen? Who will prevail? What is the fate of this film? This is the story of the ups and downs with the spirit of a hilarious burning comic!

Rambunctious daughter Yoyoko spends her days with her otaku single father. With his annoying childhood friend-turned-cop Machi, they almost look like a real family. If only these happy days could last forever… But as the literal skeletons in the closet are revealed, will their bond be strong enough to overcome the odds? Or have they just been playing pretend... Taking inspiration from his own experience as a parent, Shouji Hiroyuki weaves a story that's simultaneously funny, thought-provoking, and tragic!

Papa to Oyaji no Uchi Gohan

Sengoku Akira, a chiropractor, knows nothing about raising a child, but finds himself in just that position when an ex-girlfriend suddenly entrusts him with their daughter, Airi. Together with his friend Harumi Masahiro - a divorced manga editor with a young son of his own - Akira figures out that the first step to being a good single dad is...knowing how to make good food. How hard can it be?

The manga focuses on the multiple branches of creating manga, and not just the creators. The editors, salesmen, advertisers, plate-makers, printers, distributors, and booksellers are all integral pieces to make a hit.

The story centers on the growth and paths in the life of Nikuko and Kikuko, a mother and daughter who lives on a boat.