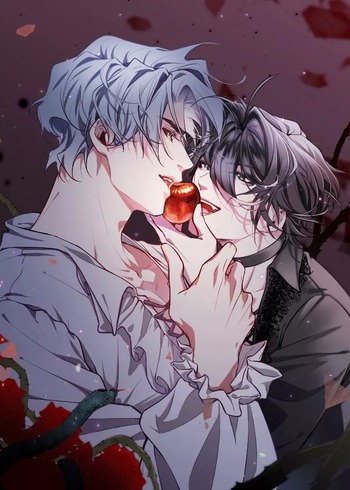 The former general of the nation who is now a wanted man accidentally falls into a trap set by a hunter long ago. Wait! Isn't the hunter the little angel who always stayed with him before? The angel has turned into a cruel man and uses his means to convert the former strongest Alpha to an Omega with a sweet pheromone a day after they meet again. Xia Yusheng: "Qi Wangzhi, I swear I will kill you!"

The Beauty of the Apricot Forest

He thought it was just an accident that he got sent back a thousand years by a rogue lightning strike. Little did he know that someone had been waiting there for him for decades. His arrival brought a person back from the dead, and reunited them with what they had lost. Through a series of coincidences, he and the person who’d been waiting came to meet, know, and love one another. The strings of fate which drew them together, stemming from broken threads of a previous generation. The beauty remains even when the Apricot Forest blooms no more, the story of their love and tragedy, spoken of only by whispers in the wind.

An already-marked high omega, Xingcan Meng, is in a relationship that is not healthy. His ability landed him a job as president Yuchuan Xin's assistant at a famous corporation. He discovers he can't resist Xin's pheromones and scent, but worse, Xin despises omega.

The Short Story of ShaoWang

The omega school tyrant, legendarily known as "Yan Ge", Jiang ShaoYan's heat is approaching. He thought he had no other choice but to seek out an alpha stronger than himself to get him through it, but suddenly an underclassman appeared saying he liked him? Wait, wait, wait, having such weak pheromones yet daring to hit on this Ge? This Wang isn't that foolish, right?

My Sweet and Bitter Mate

Beta announcer, Eun Kihyun, is a well-known personality thanks to his famous brother’s widespread influence as a big-shot actor. However, Kihyun’s strings of fate began to tangle once his secondary sex is diagnosed as an...Omega?! After an accidental encounter, Kim Minjoon finds out that he and Kihyun are destined to be each other’s ‘fated pair’. Will Minjoon let himself be swayed by the current of destiny?

Su Mu, male singer, gentle as water, is now paired with the dominative president Ning Ye of a large business group. The marking of pheromones puts both men's lives at stake...

Omega to Alpha no Nisekoi Kyoutei

No Escape, My Captive

An aloof CEO suffering from "Cold Heart Syndrome" was forced to enter the World of Comics and experience different stories: The devil and slave; The Vampire and priest... Will their stories have happy endings? Through these fantasy and tragic stories, he'll regain the memories of his last life! —“Wherever you are, you're destined to be my captive.”