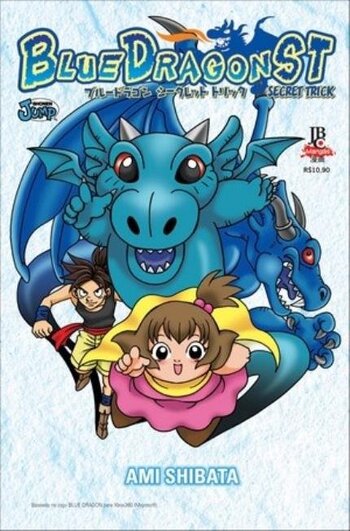 Al is the son of a Bernian blacksmith. After turning 15, he left his home with his father's sword to go on an adventure in this continent bound for war.

The cadets of Akademeia's Class Zero are legends, with strength and magic unrivaled, and crimson capes symbolizing the great Vermilion Bird of the Dominion. But will their elite training be enough to keep them alive when a war breaks out and the Class Zero cadets find themselves at the front and center of a bloody political battlefield?!

Nina, a wyndian princess, and her guardian Cray are searching everywhere for Nina's missing elder sister, Elina. While traveling to her last known whereabouts they suffer an accident. On her way to a nearby town, Nina meets Ryu, a seemingly amnesiac young man. This meeting triggers a series of events that will involve them with the godly race known as The Endless, immortal dragons with the power to shape the world itself.

Centers on Yamata no Orochi, a mythical dragon of Japanese folklore, resurrected in modern-day Japan.

This is the story of a world called Ivalice. It is a time when the existence of magick is still commonplace, and soaring airships cover the vast sky. Princess Ashe has vowed to restore her ruined country. Together with a few companions, she waits for an opportunity to strike back. A direct adaptation of the hit RPG!