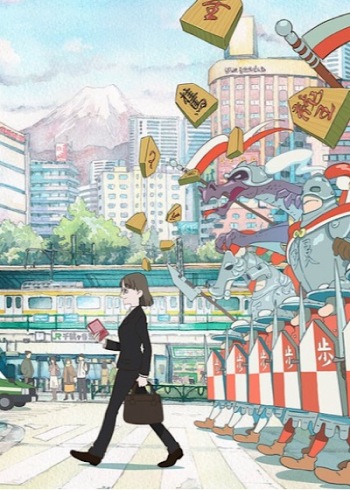 At a Shogi game, the players start pondering opponent’s game strategy or calculations. They lose themselves in their deep contemplation.

The official music video for March Comes in Like a Lion's first opening theme Answer, performed by Bump of Chicken.

The official music video for 9 from the album DAY, by group_inou.

March Comes in like a Lion: Ugoku! Nya Shogi