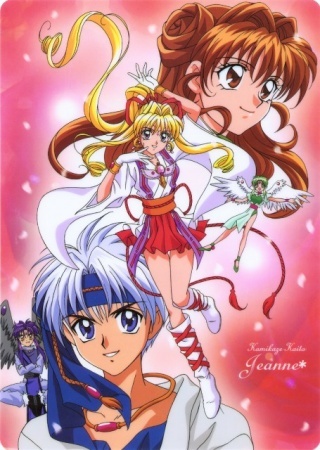 Wow. I seriously created an account on this website just so I could review this anime. I don't mean to bash it, but if I come off too demanding, it's because I've read the manga and so many people only watch the anime and think "yeah, it's good, but I've seen better". Or worse: they think "this is awesome". And that's where you all don't know how wrong you are. Tanemura Arina is an amazing mangaka, but her animes, for some reason, never turn as good as the mangas (such as this and Full Moon wo Sagashite).
It's not like the anime is particularly bad...but it lacks almost everything that makes the manga interesting, and becomes only a normal "girl falls in love with the guy, they have some conflicts and get together". It's much more than that. It teaches you about love, yes, but not only as a couple. It teaches about family, friendship and even to love youself and everyone around you.

The only thing I think it's actually decent on the anime is the twists to the plot, since they come off as unexpecting and in the manga.

My first critique is on the side-stories. I mean, why - WHY!! - would someone cut off one of the most amusing and intense parts, which is Access and Finn's? It doesn't even make sense to just ignore this background between them, since Access is constantly saying he loves Finn (which is something totally random for someone who's only seen the anime) and that "she was like this and like that in the past". Then you may be thinking "oh, but if they followed the manga that closely, it would have too many episodes and they don't have that much". Yeah, that's true, so my solution is that they, literally, cut the crap at the beginning. Okay, we need to see all the Chiaki x Maron development and Miyako's and other character's parts on it all, but there are a lot of episodes that only have Jeanne chasing the demon, sealing it easily and done, that's it. So, WHY? Of course they need to show some of those to get the viewer into it and for us to get the mood of it all. But don't you think the character's backgrounds are much more important than all the fillers? Especially since a lot of the situations Jeanne has to solve on the anime don't even exist in the manga - and that's why I called it filler, though it's technically not.

Then comes my second critique. I think we get a pretty clear view on the main characters' personalities - but by that I mean only, exclusively Maron and Chiaki. Who's Miyako? Maron's friend, right? No. She is much more than that. She is an important part of it all, and even what she did for Maron - giving up on Chiaki and not making a fuss about it so that Maron could be happy - is something that isn't given enough importance on the anime. Then comes the other question about her: does she end up with anybody? No? In the manga she does. I'm not spoiling it, so you'll have to read it to find out, but I can only say it is someone unexpected.

And from then on, Kamikaze Kaitou Jeanne's anime only follows the pattern and makes the same mistake over and over again. We don't get to see half of Noin and Jeanne's love - and I mean BOTH Jeannes, because yes, in the manga he falls for Maron. We don't get to know Takazuchiwa Zen, and that's why we barely care for him at all. He also falls for Maron. Did you get even a glimpse of that on the anime, other than "you're my wind"?

Also, I don't know if it's because it's been some years since I read KKJ and I've just seen the anime now, but everything seems much more superficial and too dramatic. Again, I'm pretty sure that's the anime's fault, because in the manga you get every characters' feelings straight, so you actually relate to them and feel for them.

But then comes the worst and most horid, disguting end of the anime (and don't worry, I'm not giving spoilers). So Maron makes whoever turned bad, good again, and that's it? Oh, so what about the Devil? He's just there and everything is okay? Wrong. So what about God? And what about even Chiaki and Maron's relationship, where did it go? And Miyako's fine when she gets ALL of that information? It doesn't make any sense on the anime, like everything else. They even screwed it up, since the ending of the anime has nothing to do with the manga's. Not only it ends on a cliffhangers and leaves thousands of unanswered questions, it was so distorted from the original that they couldn't continue it even if they wanted to. And even their future, about fifteen or so years later, we don't get the slightest view of it on the anime.

If the artwork could save...but it can't. The truth is the anime underrates Tanemura's beautiful art, which has so many details and ornaments in the manga.

So I hope, whether you liked this or not, that you'll reconsider it - AND JUST READ THE MANGA! 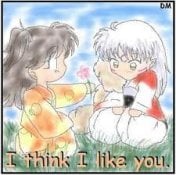 This was a very good anime, probably one of my favorites. The story line is clear but, the begining was sort of unnessasary, but animation is done well, the sound is good and I like the charaters.

Ive seen this Anime so many times and I think I should write a Review now. This is my first review to an anime so I hope it helps you to decide to see the show or not.

Kamikaze Kaitou Jeanne is that kind of anime I really enjoyed watching. The characters are great and especially Maron/Jeanne goes through a bog change in the anime. Her friend Myako can be pretty annoying from time to time and the policeman seem to be really dumb too but its still fun to watch.
I really like the love story between Marron and Chiaki. She is the typical shy girl which doesnt like boys and he is the typical casanova who flirts whenever he can. But both of them go through changes all over the anime which is nice. The annoying love and hate relationship evolves more and more and I started to love them both together.
Also Chiaki is hot as hell thats why you totally should watch the anime :D

Animation and sound were totally fine. You can see, that this anime isnt the newest one but the style is still nicely drawn :) Im giving this Anime an overall 9.5.

Kamikaze Kaitou Jeanne is something you should read first, then watch the anime.

The anime delivers the story, sure but I myself like the manga more. This show teaches a lot about friendship, love, family and betrayal. I really loved when the main character had a dysfunctional family and it wasn't just those cliché badly written 'super tragic past' things. Maron's past affects her a lot, to this day. She's afraid to get close to new people and she checks her mailbox everyday, even if there isn't anything. There is a lot of character development and I love the way the characters turned out.

I have to say that the manga has more content and a lot of things have been left out in the anime. The anime isn't that bad but it has it's flaws.

So, i came here to write a very long review of this series. As a fan of the manga, i can say, i was very dissapointed when i first watched this back when i was in middle school. The first time i read this series was in middle school, and it completely pleased me. The manga was a oldtime masterpiece for me, but then i remembered i attempted to watch the series based on it, aka this show, and omw, i was so DISSAPOINTED.

I cant even say how boring this was. The manga was so good and interesting, the anime, oh gosh.