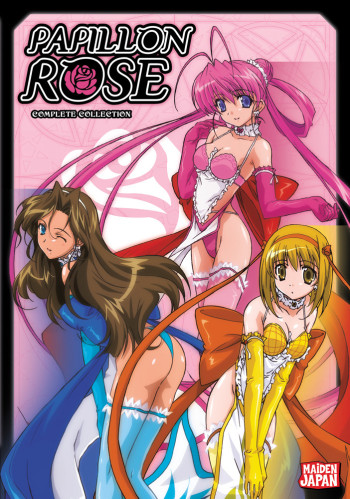 The story is not only horribly cliche... it's just stupid in general and the pacing in several places is bad. You have to approach this title with a completely empty mind and just accept everything that happens... question nothing cause trying to rationalize anything will get you nowhere. If you want to watch something mildly hentai-ish and that has parts that are so stupid they are funny, then you may end up finding this anime acceptable. If not, it is a complete waste of time to watch, don't bother. The only thing that made the story rise from a 1 to a 1.5 is the many different sexual insinuations they used as attacks, transformations, and wepons which were actually entertaining to some extent in comparison to the rest of the content.

The animation was awful... though to be fair, the whole thing seemed pretty low budget... the sound is included in that assessment also. I had to look back at the info to make sure It it wasn't from the 90's. I gave the animation 2.5 and the Sound 3.5. Honestly, though the music was not my cup of tea the character voices sounded similar to how I expected them to sound...however, that's not nessesarily a good thing.

As far as the characters go, I liked that they had a Condom Tailed cat in the story... Rama (the cat) was actually kind of creative in a weird way. Actually it was one of the only decent things about the anime in my eyes. Tsubame and the other flowers were annoying and stupid by my standards... though to be quite honest after watching the first episode I had no real expectations for them... The other characters I felt very little for either. Because of this I gave the character score 4.5.

Overall, I wouldn't suggest this anime... but if you have any chance of liking it, it would be if you're looking for something ecchi/hentai-ish and you don't really care about story depth.

So this is the sequel to Lingire warrior Papillon Rose, which was a one episode OVA and I guess at some point someone thought they should make this into a 6 episode OVA... both of these titles are ofcourse awful.

Story- So this story takes place 1 year after the events of the first OVA and somehow the main characters have all lost their memories. So now Tsubomi (Papillon Rose) must band her previous allies together to fight the evil minions of Night Queen and her henchwomen monster of the week style. There are some pretty crappy plot twists later on and aside from that it's very predictable and very boring. One thing I liked though were the otaku spectator characters who instead of running for their lives like regular people stayed behind and gave the monsters names and were not completely awful in terms of comic relief. Theres also some light romance which isn't very satsifying or given much time at all. I'd also like to point out this OVA is much less explicit as the first OVA... no nudity or acidic breasts, really this could have been a T.V anime without any problems, albeit a really terrible one.

Animation- The animation is fairly average, I liked the transformation scenes I guess... and some of the monster were somewhat decent looking. I wouldn't say it was a strong point in this OVA though.

Sound- Nothing stood out for me, the opening and ending themes are very average and the voice acting is atleast competent IMO.

Characters- These are some pretty awful characters, just awful lazy stereotypes. Tsubomi the main char is just your average happy-go-lucky girl. Papillon Lilly is the.. promiscuous one  and not much else to say about her and Papillon Margaret is the studeous and once transformed cute/moe one. There are some characters later on that are important as well. The villains didn't have much development, as far as I could tell they were 3 sisters who kind of reminded of those leuitenants in power rangers.

Overall- Yeah obviously not worth your time, just another ecchi, magical girl anime that somehow got a sequel.