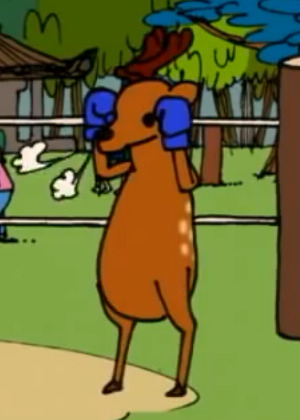 A huge garbage dump where old tires are piled up place turns into a different world late at night when no one's around. The old tires come to life, transforming their appearances and immersing themselves in boxing...

Once upon a time, deep in the mountains, there lived an old couple who worked day after day in exhaustion, toiling up and down the mountain field. One night, the old man stepped outside and noticed a group of mice headed somewhere. He quietly follows them to find mice gathered for a sumo tournament. When the old man and his wife learn that their home mice are always losing, they start preparing a special feast of saury fish dumplings and grilled tofu with miso sauce. They even make new red sumo uniforms for their mice team. What will happen in the next sumo games?