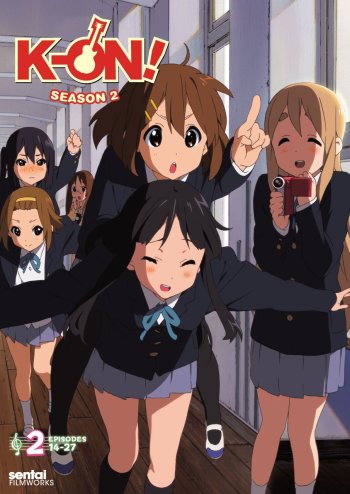 Once again they pull an episode from the series and instead list it as "Special," like the live house episode, and it actually ends up being better than most of the episodes within the season. Pulling this one at least makes a little sense, as it seems it was connected to the episodes they pulled for the movie, but happened too far in advanced to add it to the film, or else they'd have to jump a few months ahead right in the middle of the story.

Being inspired by Mugi's trip abroad, the girls decide that as their final act as the Light Music Club they should take a trip. Unfortunately most of them have never left the country, so they'll have to get passports.

While the whole episode is based around the girls figuring out where they want to go and what they need for the passports, it's actually more entertaining than you'd think. There's a few scenes of the girls trying to learn self defense and language neutral phrases that ooze of the comedy the series is known for, including Mugi's funny attempt at acting like a criminal.

As an episode that seems as it was just pulled from being in the series itself due to its closer connection to the movie, it is pretty much exactly like the second season.

There really wasn't anything memorable about the music in this special episode, as it was all based on their journey to get passports.

Nothing really changes from the series as it's just a 20 minute episode. There are some moments that will reinforce your feelings for the girls as they show some different sides and character flaws, but not to a world changing degree.

As I said, the one off episodes of the show seem to be so much better than those in the series. They let the characters open up a bit more and focus on more than just having snacks. If every episode in the series was similar to this one and the Live House episode we'd have a 10/10 series.