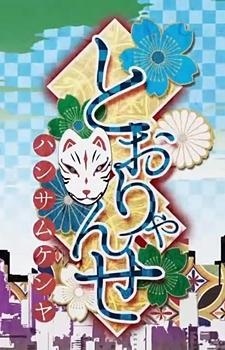 Mejiro is a girl who wants to be needed. After desperately chasing the acceptance of her classmates she somehow finds herself drifting away in a river. For unknown reasons, the dream seller Shirogane finds her and gives Mejiro a new life as a yokai by placing a butterfly’s dream inside her. As Mejiro explores the world of yokai she begins to gain confidence in who she is.

One cold winter, a young woman appeared near the bridge, and tempted a man. The man accepted her offer, and was found dead the next morning. There has been an unusual number of freezing deaths this year... With unusual ghostly powers, this necromancing fairy goes on to solve the mysteries of Edo and take on challenge after challenge in the 1st issue of this popular series!!

A series of short stories detailing the exploits of Dr Imibe Kana, a researcher on Japanese mythology and religion, as she travels around the country becoming involved in various occurrences centred around ancient traditions and folklore.