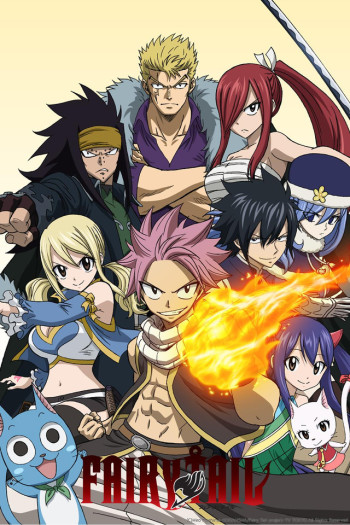 Was okay but the fanservice was out of place. It was like: plot.fanservice.plot. If there's going to be fanservice,at least try to incorporate it into the plot. The current filler arc mainly lowered the score.The plot had so much potential but it was used the wrong way. Some things were funny. The things that further lowered the score was the fact that they re-used scenes and the opening. Also, the pacing on one particular episode was VERY slow. I might be going on hiatus until the filler arc is done.

was good...for the first few episodes. After a few, it's like the studio stopped caring and it was like I was flipping through a stop motion picture book. Also, there were moments when the character designs screwed up and the characters didn't look like themselves in that shot.

The first two openings: Very good, loved the song and animation. The recent one: Not only did the song not fit the show, but the sequencing was WAY too generic. And at least the other openings contained good footage of the show.

Not much to say. Basic shounen characters.

Overall: It's okay without the filler. I recommend it for people who've just come off of mainstream stuff.

The first season of Fairy Tail definetely left people wanting more, and the second season certainly delivered! Even though the manga seems to be a bit better than the anime at times, there isn't anything outstanding that I can shake my head at. Although, during the time when they were churning out episodes quite quickly, you can tell that the quality of the animation suffered.

But, now that the Tartaros Arc is winding down, things have gotten back to normal (animation-wise). The characters are all stellar, and I especially admire Wendy, Romeo, and Asuka's growth throughout the series. Having read all of the manga, I find myself being clued in to all of the Natsu/Zeref tension right away, so that's a plus. Lucy's growth so far has been astronomical, as she seems to have transformed from a whining, crying weakling into a bad-ass celestial wizard.

Ah, and the ships! We're beginning to see the Gajevy ship come into play more often (if you haven't read the manga and are into the pairing, I suggest you read it...), and we all know that the Nalu ship has been there for awhile.

Overall, I'd reccommend this anime to just about everyone who admires watching anime. It deserves a solid 8/10 in my opinion.

This show is the best way i can spend my Sunday. So many characters anybody can relate to, But lets be honest we all watch for the Dragon Slayers!!!!!!

I think most people fail to realize is that Fairy Tail is all about the music, sound in the moment. The story changes between mediocre to great. If just they added as much love into the fights as they do the sound and music in the fights it would probably become to awesome for anyone to review. Characters don't develop much but they are all original in their own right and they all make an impression, giving the story the depth that it desperatly needs.

This anime is a musical/rock consert, where the emotion and sound takes, first seat.

Thats all there is to sa

This season revolves a lot more around dark concepts story wise. It is essentially broken down into 2 major arcs, the Eclipse Arc and the Tartaros Arc. In between are some regular episodes as well but the focus is primarily on these. Eclipse focuses on the celestial spirits while Tartaros aims at exactly what it sounds like, hell basically.

Personally, I liked this set way more than the previous set of Fairy Tail episodes. It stays focused on an arc without jumping around to new ones quickly. Celestial spirits never got enough of a spotlight so seeing them take the spotlight was a nice change and you learn more about them.  Tartaros goes on for a large amount of episodes but each one was pretty interesting. Aside from it being well done, this arc was my favorite due to that concept of hell and that all the enemies are demons having super abilities. It is also the tartaros arc specifically that further develops quite a few characters as far as relations or background story.

Art quality has been upgraded visually but it will take a bit to adjust to the new looks, quite a few characters we know well look a bit different. A nice improvement to keep it in line with modern art.

Lots of good music as to be expected from the first one. Fairy Tail has always stood out with its soundtrack and remains that way.