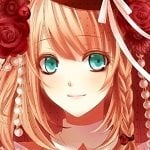 I hardly ever write a review but here I am, writing one for this anime titled Babylon. I decided to write one as I think it is one of the hidden gems and I wanted to indicate my reasoning for it. Although, If you are a type of anime watchers who likes clear and cut answers that is nicely plated for you, I suppose this is not the anime for you.

I have written so that it is absolutely spoiler free. If you want to read my review including the spoiler, I suppose you can scroll down for a bit.

In my opinion, I find the story, art, and sound to be spectacular. The story is written in a way so that it makes the viewers think as they watch but also keeping them on edge in anticipation of what to come next. The art, animation and music was executed beautifully in a way that it really draws you in to that scene. As for the character, I didn't feel that there was any significant character developments despite all the questioning that the anime threw at the MC (and us viewers). The characters did reach an answer but I did not feel that the answer caused some character development.

The finale, which I'm sure a lot of viewers are hanged up on, left us with many questions unanswered. But all of that is story-focused questions such as "What happened in the end?", "Why did that have to happen?", etc. While I believe that it will be nice if those questions are answered, I don't find those questions to be crucial. The core of this anime is lies in making us think. To make us keep on thinking about it. The characters reached an answer, but I believe that is only one of the potential answers. To keep us thinking even after the finale of the anime, that final scene existed: to make us think whether that really is the answer.

I don't even know if this review is making sense, but I do hope that people will give it a try.

REVIEW WITH SPOILERS
So, the core of the questions that was being thrown at us is "What is good? What is bad?". The MC reached the conclusion that "good" is "to continue" and that "bad" is "to end". But, is that all there is to it? In the finale, the MC shot Alex to prevent the world from thinking that suicide is a "good" thing. For the "good" of the world, the MC did something "bad". Then, we are shown with Magase still alive. If she is alive, does that she is "good"? I'm sure that most of us disagree with that. In the end, the anime gave us one potential answer to the question of "What is good? What is bad?" but meanwhile making us continue thinking if that really is the case. That is precisely the point. In that regard, I think this anime is spectacular.
Yes, there are many unanswered questions such as "What is Magase's power? Why does she have that?". Like I said, while I believe that it will be nice if some of these questions are answered, it is not very crucial to the point of the story. If the anime showed us with what happened to the society after all the events, it will clearly destroy the point of the story, i.e. making us think. Thus, some of these questions are better left unanswered.