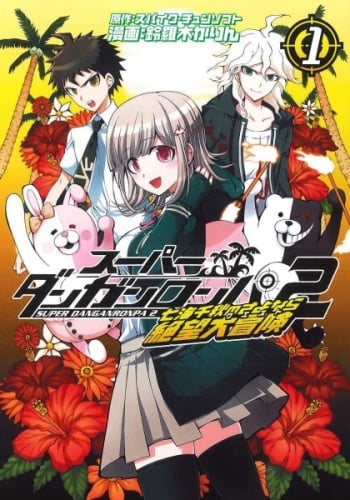 If you're looking for anime similar to Super Danganronpa 2: Nanami Chiaki no Sayonara Zetsubou Daibouken, you might like these titles.

Persona 4 The Golden Animation: Another End

A compilation film, recapping the entire series of Persona 4 The Animation with new footage.

Adapted from the popular video game franchise, Ace Attorney follows rookie lawyer Naruhodou Ryuuichi (Phoenix Wright) and his assistant Mayoi (Maya) as he defends his clients in a court of law. With limited evidence and logic as his only weapon, can Naruhodou turn the case around when all the odds are stacked against him?

Spring. A rural town, far removed from the city, that spends its time peacefully. A boy arrives at Yaso Inaba Station, where the cherry blossom petals are falling. His name is Yu Narukami. Due to his family's situation, he moves to Inaba to live with his uncle, and attends Yasogami High School. From there, his school life begins: The shopping mall after school. The serial murders happening in the town. The Midnight Channel that comes on late at night... What days are waiting for Yu and his friends "this time"?