Once upon a time, years upon years ago, a mother, who had absolutely no concept of manga and anime, purchased The Prince of Tennis Vol 1 as a lighthearted gift to put in her young tennis playing daughter's stocking. She was unaware that she would have to take slight responsibility for the being you are reading about today.

Rating series is really hard. I'm constantly going back and forth on how many stars to give. I've also been reading manga/watching anime for most of my life, so I'll often mark a series as completed but not give it a rating. This is mostly for my own personal checklist, and often for a series I read so long ago that it is difficult to remember well enough for an accurate rating. I'm in no way, shape, or form an expert. I have a lot to learn. I'm just a nerd.

However, if my opinion does matter at all to you, or you seem to find us having similar tastes, here is my best attempt at a scale:

5 - This series is dear to my heart. I've re-read it over and over again. It has reached a point where I am in denial about any faults it may (and probably does) have. (Or, it's just that dang good.)

4 - I really love this series. There is just one small reason (whatever it may be) that prevents me from giving it a full five stars.

3 - I like it. It is good. I enjoy reading it, however I wouldn't say I'm deeply passionate about it.

2 - I likely saw some sort of potential in it, there was something that made me press on and want to like it, but it ultimately dissappointed me.

Also, if it seems that I am currently reading a lot of series at once, that is because those are the ones I consistently check for updates on. So, I'll keep them in my "reading" tab even if I'm caught up. I only mark a series as "stalled" if I consciously don't check on it for a few months to a year, OR if I am aware that it is on hiatus/a new volume won't be released for a while.

My name is Ana, aka FriendlyDemon and I, as well as the rest of the WECO (Anime Planet's Welcoming Committee) Club, would like to officially welcome you to Anime-Planet.

"I joined! What can I do now?" Well, easy! You could start by introducing yourself to the Anime-Planet community! Or randomly browse our cool forum here. There are some awesome clubs out there, so join all that interest you. (I'm not getting paid to say that *wink*). Also, you can read our FAQ document for some extra help, in case you need it.

And start adding the watched/watching/want to watch anime to your profile! What are you waiting for? :D WECO has their own lists of anime recommendations and manga recommendations so check them up. You never know, you might find something interesting!

If you have any other questions about this site, want other recommendations... or you just want to chat :) come on and meet a friendly demon (we are pretty rare!).

I hope you'll enjoy your time on Anime-Planet! 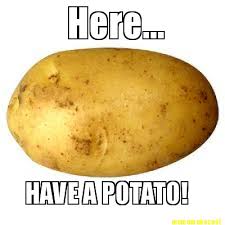