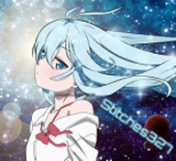 Oh god I know that feel. I've seen DBZ so many times over I lost count. I watched it every Saturday growing up and every time there was a repeat. God I don't even think I could count how many times I've re-watched it XD.

Also, we're back up and runing so get your ass responding again XD

True you have more watched but as such my time spent was less. But never a month and a half worth of time. No way in hell you've seen that much more anime than I have :p.

Though technically I have spent as much time as you...I re-watch alot of my stuff many times over. I just forget to ever add the re-watches :p. One example is I re-watched the first 231 episodes of DC 3 x but since it's ongoing I could never add it... I've re-watched some of the higher episodes but the first 231 in particular because that was in dub when I was little :p.

I know, but I still can't help but be frustrated that your list is now saying you have spent over a month and a half more than me when that in no way is true :p

Add onto my last message.

I will say I like the admin on here better. First time I have ever been asked if I needed help personally before. Nice to know if I needed something that he's willing to help his members.

Agreed. I've been bored ot death without it. I also realized how much time I have apparently been talking to you >.>.......feels weird not talking as much for these last two days. Wonder how the other guys are holding up.