Hello Hello. So I will start by stating the obvious: I love anime and manga. As a child, I adored Dragonball Z and Sailormoon and even Pokemon. However after that, I did not return to anime until high school when I was introduced to OHSHC and now I am an avid fan.  I enjoy a wide range of anime/manga though there are few genres that I tend to avoid such as yaoi, yuri, ecchi, hentai, and explicit violence and nudity. Even then, I may compromise if I get good recommendations. For the most part, I am always up for trying new animes and manga so please feel free to recommend anything.

Some other interests including cooking and baking, playing the piano, doing yoga, running, reading, and just being with my friends. I am also currently a pre-med student and am hoping to become a doctor. If you want to know more, feel free to ask.

*For a run-down on my star rating system, let me first state that the star rating simply dictates how entertaining I find the series. It does not technically have to do with having a great cast with rich character development in conjuction with an innovative and thought-provoking plot now how I would choose to recommend the anime/manga.

5: This rating remains an exception to the above statement. I find the plot original, suspenseful, and incredibly well-thought out. The cast remains diverse yet memorable, with each character having their own significance, and there exists substantial character development. I would highly recommend this series to just about anyone regardless of their genre preference.

4: If I find a series entertaining but not amazing, this tends to be my go-to rating. I would consider this my generic default rating, as long as I am thoroughly entertained but not blown away. I would probably recommend this for anyone who enjoys the genre but not necessarily for anyone who does not.

3: For series that are subpar but still somewhat entertaining. The series, though not awful, seems lackluster and only mildly entertaining. There exists a low possibility that I would recommend this but for the most part, I simply found the anime mediocre at best so nothing really worth noting. Not really horrible or an eyesore but nothing all that great and note-worthy either.

2: This remains for series that had potential and has few genuinely decent moments but overall fell flat. Lackluster plot and cast that may be at times be entertaining but for the most part did not compell me to continue further. Since the series really has little redeeming value, I would not recommend this, even to someone who enjoys the genre.

1: Horrible. Absolutely horrible. I would never recommend this to anyone, regardless of genre preference. Series with this rating are lacking in every sense. The characters are either completely generic stereotypes with few if any defining or likable characteristics or are just horrificly disgusting characters that should only exist as villians, and even that could be pushing it. The plots lack originality, good humor, and remains either boring and vapid or completely bizarre to the point where little makes sense. There is absolutely nothing remotely redeeming at all about this series and I would never even want to discuss such a series. 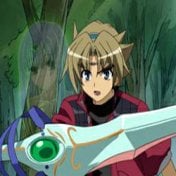 Ahhh, you know, the real world gets in the way of things. My job kind of sucks and unfortuantly its not that easy to find a new one here so I think I am getting a little depressed, but it will go away. Been watching a bunch of new anime lately, too many infact, cant keep track of them all anymore :/.

HEY HEY!!!Its been a while, too long. Kind of fell of the radar. But im back now!! 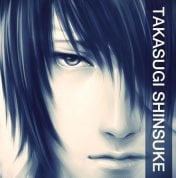 Hi, i read your review on Uta no Prince sama, well i guess otome games turn anime always suffered from identity crisis. And some cliche storyline.

It is not on my wanted list yet i think. But maybe in the future i will check it out.

PS: I love Daisuke Namikawa to death, and i stalk almost all anime that he casted in.

I liked Rem for the reasons you hate her for. The attachment to Misa and such. I hate Misa on God Knows how many lelvels as well, but Rem just impresses me. She's the only good female character in Death Note if you ask me. Her attachment to Misa is a good character trait. It provideds her with both a strength and a weakness. Her strength is her powers as a shinigami. Her weakness is Misa. Both of these get well explored and it actually gives her character depth. Which is more than I can say about Misa, or Takada.

Quick question (Which, I'm pretty sure will turn into a fruitful disscusion), but Why do you hate Rem?