I'm a big Anime fan. I'm always looking forward to good Animes and friends. I live in a small town with about 2 kids around my age, but even so there is nothing to do so I either play video games or watch Anime. I mostly play Xbox on Gears of War 3, if anyone has an Xbox and wants to play then send me a comment with your Gamertag!! I also play sports such as football. I try to keep my grades up and just recently got rank #1 in my class. I don't live with a rich family, I live with a family that barely gets by, but I couldn't ask for a better family (maybe my sisters, but they aren't that bad.. I guess..)

Anyway I just recently started watching Anime again and I've enjoyed it very much. My top 5 animes are always changing, but right now they are 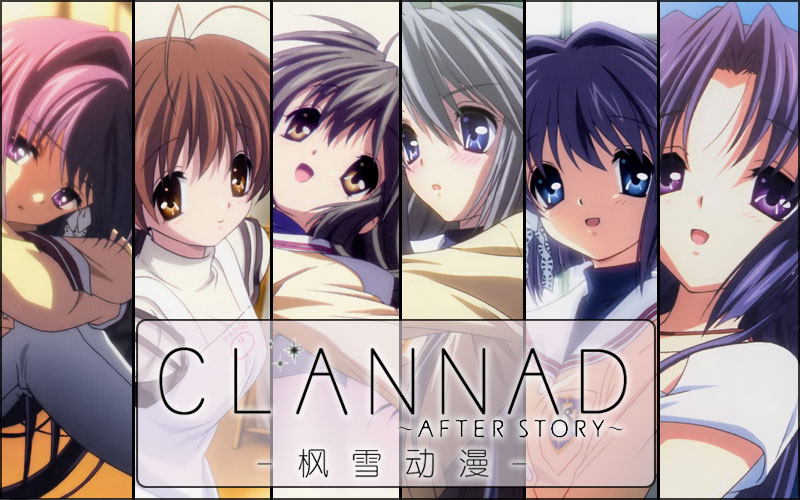 Clannad & Clannad After Story were truly amazing. It made me smile, laugh, cry, and sometimes sing the dango song. Clannad After Story was what grabbed me though. The bitter sweet and the emotional/depressing moments hit me like a bullet to the head. Even the moments where there is happiness I still felt like crying out of joy and I'm not the type to cry at all. Clannad is a very moving anime and will be on my top 5 for a long, long time.

Spice and Wolf was a pretty awesome anime. It is an anime that younger people should not watch unless they have knowledge of some business material. This anime involves a lot of making money, losing money, oweing money, and the plans on making money. It was pretty difficult for me to follow, but I managed. The animation is great too in my opinion. Also I love wolves so that played a good role of why I liked this anime!

Mashiro-Iro Symphony had a great romance story. Two schools are merging. A regular school and an all girls school with high class girls. A guy gets picked as a special student to go to the all girls school along with other guys and girls. On his first day he finds out that most of the girls are very irritated about the merging so he tries to eases the tension. It's basically a harem, and a good one at that!

Least Favorite Character - Hard one since they are all pretty cool.. Sakuno Uryuu 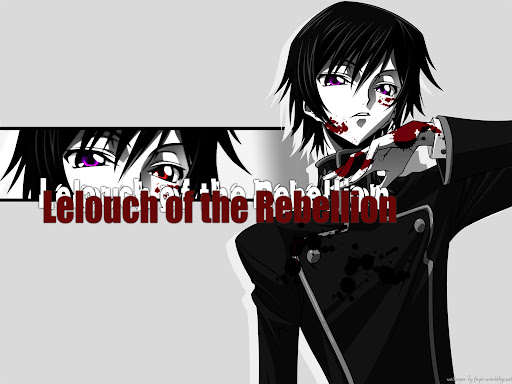 Code Geass had an amazing story. The animation was incredible. It had a way of making me want to watch episode after episode just to see Lelouch succeed. Code Geass is number 4 because I think the Lelouch was very bipolar in season 2. Also I'm not a huge fan of mech.

Angel Beats! story was amazing to me. It was nice all around. The sound, the scenery, the characters, and the action all appealed to me. Angel Beats! setting is where teenagers go to live a happy childhood so they can rest in peace. It is like a place in between the living world, and heaven.

Even though these are my top 5 I still enjoyed watching:

I always wish I lived in some of the Animes I've watched so far. It seems like in Animes everything goes great or everything is so exciting and not one day is boring!! Our world is so plain and boring filled with backstabbing people or people who think they are all that. I'm still waiting for my ordinary life to be changed by something and I get super powers or power! Or I meet a girl that has powers and picks me as her side person haha!! (I'm not crazy, I just have a great imagination! :P)

Btw sorry if my bio is a little weird. I just say what comes to mind, and Idc if you dislike it! Haha. Much love to all my Anime friends.

Agito (Air Gear) "My plan was perfect, but there was one thing I overlooked! One factor I failed to calculate." "He's a dumbass.... and there's no accounting for dumbass........ ness." 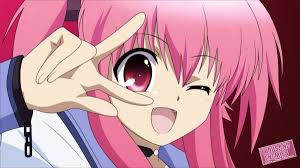 Hey Hey Hey =D How have you been? Havent talked to you in ages!~XD wowo new stuff on your prof! (at least new to me - ive been a negligent friend sorry T^T )

Merry Christmas and A Happy New Year (sorry that it is so late!)

I hope you have a wonderful celebration dear! :DD

haha no worries on late replies :D as i always say, im always late responding to people ;) Ye visual novels are epic, i love there stories, there always so detailed and i like being the one making the choices aswell ^^

haha im very late for this but also Merry Christmas to you 2 :)  i hope you had a good one and enjoyed yourself :)

Ye aftetstory was real shocking with its turn to taking down nagisa. I wasnt so much angry, i was more upset, i knew key had something up there sleeve as they wouldnt be able to run the series on for anymore if there was nothing left, but i never got mad about there way just real sad, it was just the way he was remembering about all they done together and been through aswell which makes the eyes water, i do think its possibly one the most saddest moments in anime ever. I did like the ending though, i feel it was nice as the idea of the lights granting a wish to him after he helped all them people was touching.

Ye clannad visual novel might be a little repetative due to that fact of knowing all what happens, but the side routes can be fun like kyou's and ryou's though they did get a arc (or it was kyous arc i should say) in the anime as a ova (like tomoyos) it had no real detail so its nice to see how him and ryou started dating and what happened and such. But there as thousands of visual novels out there to try, never feel short on em, though i should warn alot contain adult content (just a heads up as some are off put by them). I actually just played a stratergy rpg visual novel ^^ kinda fun actually, awsome story ^^

with the routes and endings, well most novels offer multiple endings (some which are unlocked after some requirements are met), i am one them who enjoy finding these through figuring out what a choice would do and where it will go, but i know it can get annoying to miss something important and then fail a ending, but if you need help with that issue, about 90% of the visual novels have walkthough's (clannads is everywhere lol) which tell you what to do (these are more a last resort to me if i keep trying and failing, but some use em of the gun, what ever you need i guess) :D

Haha actually i know her by Horo but i call her Holo, i think it was more the fact i think Holo sounds more a name and Horo sounds more a nickname :P but i agree, they kissed... very awkwardly but i am the same and dont care, its still a kiss :P (lol i think we all wish to kiss a cute or sexy godess... somehow i think that might not be so easy though ;) ahh one can dream). Ai i expect a season 3, theres alot pointing to it, i just hope they deliver :D

ye i know the feeling of the not wanting em to end, i practically felt it for half the stuff i seen :P I  like the sounds of having a twist in its ending :D actually im behind on watching stuff, mainly due to xmas and all but ohwell. I dont mind pervy like jokes, there usually halerious ^^

once again though i hope you had a good holiday :D

It is great to hear from you again!! No worries I'm also guilty of being late for several people. On Breaks like this I get very lazy and don't think about anything but video games and anime lol.

And yes Merry Christmas to you as well!!

You're welcomeAnime has the best art ever. How do all these manga artists make such awesome characters and effects!? It feels lifelike but also has real "lifeforce" at the same time! I want to draw manga but I'm not very good at drawing and I can rarely get myself away from the computer.. Seeing what goes through the mind of a manga artist would be facinating :D

I think a lot of people have seen those shows as they were aired on TV. They're pretty good as well. We didn't know there were subbed versions at the time But its good because it allowed people like us to get into more anime and discover a whole new world. NO a new dimension of awesome Japanese entertainment!

Ironically I disliked those shows at 1st probally because of the violence but after watching 1 episode of Naruto I watched the rest and watched more anime like Inuyasha as well. I'm so glad I love these shows now. If it weren't for Naruto I would likely not be on this site now. And I wouldn't have gotten to see such awesome stories. I may've said this before but I forget. Sorry If I've repeated myself. Wasn't able to watch Adult Swim when I was younger sadly because my parents were strict about bedtimes. Thou I stay up past 1 normally now I just watch anime on the internet.

Skyrim is addicting. 90 hours of gameplay time according to steam. Haven't played as much FPS but its still an interesting genere. Hope to get Halo 1 on the PC soon since a friend suggested it.

My favorite game lol?!! That's like asking what the meaning of life is. its a hard question. It used to be Metroid/Pokemon from Nintendo. But now I'm more into Assassin's Creed and Rusty Hearts. A Stealth and MNORPG repsectively. Now my favorite genres. How about your favorite game and/or genere?

Like Higurashi it loves to mindwarp people. Whenever a change in time, past, future, present is used I always get confused. Love Yuno, Uryu especially! It has some great characters. I'm confused by the future too thou. But its soo much fun. With the manga now I can stare at a page for 100 hours trying to figure out what something means and what's happening.

That's too bad. just use a lot of blankets and u should be fine. 2lb candy stick! That sounds kinda heavy and big! How big is it?

A good name. Sun Espeon has a nice sound to it! It fits Espeon's nature being a bright pokemon being compared to Umbreon and stuff. I know a few people who've stolen friend's names on the internet. Dunno how that feels thou. I hope I didn't steal Aurora from anyone. I kinda formed it from a supercomputer in a video game. Though I add numbers and other names to make it a more unique "Aurora" As u can see with my username.

I agree that a username like that was boring. It was my dad's idea so it wasn't even really my own true username. Which was why I had to change it to something better as I was forming a new identity. So glad I don't use it anymore.