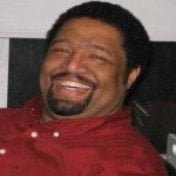 I'm a 38 year old Dad who got into Anime because I got tired of being forced to watch Cartoon Network/Nickleodian's endless string of mindless re-runs. I'd actually started collecting them with my daughter because its something we get to explore together. I like it because Anime is something that's a lot like reading books. You have to seek them out, rather than just sit at home and flip a channel. I like the idea of telling a story from start to finish, rather than trying to make an endless tale and eventually ruining the characters. We're open to a lot of different things, and I like the intelligence and heart. It's funny, this all started because I was telling my brother years ago that I saw this Anime on Fox called Escaflowne. I started watching it and got into the storyline, but I never got to finish watching it because they stopped showing it before the end of the story. Ugh! Ten years later, I finally got to see the ending. He bought me the collection for Christmas. As I was watching it, my daughter sat down and watched a few episodes with me. Later on, I noticed that she would ask me to watch the next episode and we'd watch them together. It's kind of become our thing.

The funny thing is, her tastes are all over the place, so it's always fun to explore. She has her favorites, like Ranma 1/2, Kodocha, Tokyo Mew Mew and Fruits Basket, and I have mine --like Ah! My Goddess, Shuffle, Escaflowne, and Ergo Proxy. We've been exploring for a couple years now, and still going strong!

Oh and as VivaFruit said all the reviews on here are not OFFICIAL or Professional, their just from personal opinion and they are indie reviewers recruited by the site owner so they do have status and legitimacy just they aren't professional if you want professional review then search internet for professional low-biased to unbiased review of anime. Not saying reviews on here are bad, they are what they are, personalized and indie, they appeal to a portion of people, but not everyone, they are there for people to choose to do whatever. Btw I never saw Cowboy Bebop either X[)

Cool, read your profile, I'm going to start watching Ergo Proxy very soon (I like Dark Anime :) ) But if you should try a nice school life anime that turns out to be darker and more psychological than it may seem at first and turns out to be quite surprising as long as you don't search around for reviews/info about it as you will find spoilers, but you should try it out, not very long only 12 episodes I really recommend it: School Days, idk if your daughter will like it though, it is directed towards a mature male audience with mature themes, but at least look at the description, it doesn't matter if you torrent it slap it to a drive or through a hdmi cable on your tv or stream it online or w/e it's all the same just give it a whirl, I'm going to watch Ergo Proxy off my xbox 360 off a flashdrive as I torrented it Lol. Nice review and backstory have a good one :)

I can't write for everyone. I can, however, write for the majority, and the majority of anime watchers have seen Cowboy Bebop (it's sort of the series that everyone sees when they're getting into anime). I'm sorry the review doesn't help people that haven't seen CB, just like I'm sorry that the review won't help people that can't read English. But I'm not about to change how I review based on either group.

Welcome here and enjoy your stay ;)

how nice :) Why my family can't understand my love for anime? and keep exploring anime ;)