I’ve written about this several times now, but for the sake of completeness, allow me to complain once more on the general quality of lengthy series. The simple fact that long series tend to be filler-ridden, asinine and childish wastes of time is not a difficult one to realize. When it comes right down to it, a profitable 50+ episode series needs a big audience and a small budget, and thus most of these shows tend to appeal to the largest demographic (boys) while at the same time keeping the content per episode to a minimum. As evidence, I point towards the cancellation of Twelve Kingdoms, the baffling continuing success of Pokemon, or the stubborn determination of Naruto to remain boring and repetitive despite an excellent initial premise.

Fortunately enough, there are exceptions to every rule, and Monster is one of them. Despite an incredibly large number of episodes, the anime presents a thoroughly intelligent, incredibly well paced, and unquestionably mature storyline. Furthermore, this inexplicably high quality does not only apply to the plotline, but to just about every aspect of the show. As a result, Monster is a breathtaking tour de force of amazing suspense and surprising intelligence. While I certainly hope that a series of this length will one day exceed Monster, the odds of this actually happening are practically nonexistent.

The series begins quietly. At the beginning, Dr. Tenma (the protagonist) faces a fairly standard (albeit poignant) moral dilemma regarding the relative value of human lives. Once he chooses his path, however, he triggers an unavoidable chain of events that eventually plunges him into a remarkably complex and rewarding storyline. A common problem among extremely lengthy series is that they attempt to stretch a premise over more episodes than it can handle, but Monster has no such problem. The anime moves at a pace that one would expect from a 26 episode series, but never slacks off in overall quality.

The basic plot borrows heavily from film noir; a lot of what the genre is known for (dimly lit cityscapes, corrupted and cynical characters, rampant crime, etc.) can likewise be found in Monster. As a result of using these elements, Monster is by nature a very engaging and suspenseful watch; this is the first anime in quite some time for me to truly marathon. However, what makes the show so inherently great are not the similarities to the genre, but the key differences. Whereas the style of film simply believes that most human beings are easily corrupted, Monster focuses on the basic reasons for this decadence of morality. Is evil an inborn trait common to a select few individuals, or do these individuals become depraved by outside stimuli? In particular, the show asks very insightful and intriguing questions on the possible existence of Absolute Evil, and whether any human being truly deserves to die. By asking these questions, Monster becomes not only one of the most electrifying animes that I have seen, but one of the most intelligent as well.

The exceptional plot and characters are wrapped in a presentable, but by no means groundbreaking, technical package. Animation gets points for its relatively unique style in the character designs, but falters in other places. Many of the backgrounds of the show are somewhat ordinary, and oftentimes the mundane, everyday imagery is at odds with the darker mood of the show.

Voice acting is exceptional; Noto Mamiko has now surpassed Inoue Kikuko for my favorite seiyuu. She was outstanding in Elfen Lied and several other series, and she’s equally impressive here as Nina Fortner. The other highlight of the show is Johan’s actor, who pretty much channels the role perfectly, but the rest of the actors all put in more than respectable performances. Music works decently well with the show, but isn’t really listenable by itself.

Monster is also careful to show the better side of humanity, most often through Tenma. Although at first he is portrayed as an unremarkable and somewhat impressionable individual, he soon shapes into a truly honorable and likeable human being. Many times, he acts as a foil to the decidedly gloomy events around him, and single-handedly prevents the show from ever becoming too depressing. Tenma is further complemented by the equally impressive supporting characters, which are excellent without exception. From Eve, the classic femme fatale, to Lunge, the tireless, unrelenting inspector (who in many ways represents Inspector Javier from Hugo’s “Les Miserables”), even the more minor characters are extremely well developed and absolutely fascinating. However, these fantastic characters are overshadowed by the anime’s primary antagonist (whose name I will not mention, in the interest of keeping this review spoiler-free). Of all the villains in anime, this is the best one I’ve seen since I watched Berserk nearly two years ago. Eerily well developed and yet at the same time unflinchingly evil, the character is a true monster that really has to be seen to be believed.

Overall, Monster is a new favorite, and is a series that I would recommend to just about everyone. Think the crap you’re watching now is better than this? Think again.

Wow, after reading this review I think I must see this anime (one of my favourite genres is mystery, the fact that I hadn't listened about this show surprises me). 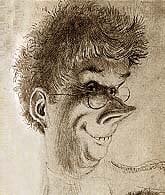 I actually loved the opening. One of my favorite shows all together.

Agreed. Although the animation and sound may be a little off kilter, it makes up for its killer (excuse the pun) characters. ^o^ Definietly suggested for any murder mystery fans out there.

have to agree. Monster kinds of raises the benchmark for anime storylines. After finishing list I had to go through my long list of "want to watch"es and delete all the ones with no real substance. 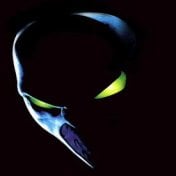 Love this series, got started in the middle, but I would not mind rewatching it from the beginning. Reminds me of the Twilight Zone for the great moral lessons it teaches, and some interesting characters aside from Tenma who you really want to know more about. The face drawings show some real character twists, and I find myself being surprised often by how emotionally deep the stories run. Monster really shines, shows what great storytelling can do in anime.