Hi, I'm vern, and this is my profile.

First off, the name vernanonix comes from a corrupted combination of the final bosses from The Legend of Zelda: Oracle of Ages and Oracle of Seasons: Veran and Onyx. I was young when I made the name and misspelled the names. But I've used this screen name ever since.

As you can see from my anime list, I'm quite the active anime watcher. I spend a lot of my time watching anime, and I've been watching for a long time. When I was 6, before I ever knew about Dragonball Z and Sailor Moon, I watched Samurai Pizza Cats. That will forever be my first anime, and I have no complaints. Since then, I've watched so many anime and I might dare to say that anime partly made me who I am today.

On a side note, Cardcaptor Sakura, Inuyasha, Yu Yu Hakusho, and Detective Conan are all anime dear to me. I can easily get sucked into watching an episode even if I was only looking for something specific in that episode.

I cosplay. At the moment, I've cosplayed Kyoya Ootori from Ouran Host Club (which was a fail), Lan Hikari from Megaman Battle Network/Megaman NT Warrior, Switzerland from Axis Powers Hetalia, Team Magma Grunt from Pokemon, and Arceus from Pokémon (which was also a fail). If you go to Anime Weekend Atlanta or Momocon sometime, you might see me.

Video games are another passion of mine, if my username was any hint. I own a number of consoles, including a PS3, Xbox 360, and Wii. I also have a Nintendo DS and a PSP. But I have bragging rights as to having some old stuff as well, including my Nintendo 64, Virtual Boy, and Sega Genesis. I loved the Megaman Battle Network games and I'm an avid Pokémon player. Maybe I'll battle you sometime. ;3

You can find me in the forums, usually lurking. I don't post too much, but I'm posting more than I used to. I'm usually in the Currently Airing Anime board for just some chit-chat on whatever I'm watching that's new. I'm also a moderator in the Character Submissions forum, and you can find me lurking there a lot.

So yeah, I'm vern. Hope you enjoyed reading all that. Bye~ 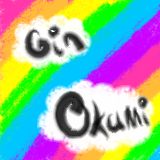 I met you on street pass today. I looked up your name thinking it was Latin for something. Was pleasantly surprised to see it was a nifty video game reference. Nice to meet you! 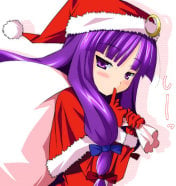 Would you be willing to read the 5 chs of this? http://www.anime-planet.com/manga/magical-star-kanon-100

Tyranid submitted the chars, since the rest of the franchise is very filled out, woudl be great if you could do this one :)

"Both of these series bring about a boarding house kind of situation with a cast of quirky characters living together. With a romance budding in both and awesome amounts of character development to be had, both series leave much to be disappointed about."

Err, don't you mean little to be disappointed about? XD I read this a few times before understanding why I was confused