IRL: Born 1990, anime lover 2004, Otaku 2008-09, served in the US army 09, continued to love anime. I love anime as much as programming and writting stories. I might not be a hardcore geek, but a true nerd to the core. Got a tattoo to show my love in java and my combat in Afghanistan. Thinking of getting another two for "quit smoking" and "anime". I love to help people mod stuff, like to make stuff like with electronics and anything related to soldering. I love to write stories 2.

My collection, time to brag...

Recently I've noticed I have started to like Mecha animes xD Also Psychological seems to be popular too.... Something I used to not be a big fan of, mostly because I was embarassed by it, Mechas that is. 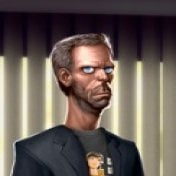