To add to my bafflement over this series, I heard today that a sequel has been green-lighted. What the actual fuck? (Unless it's a sequel that is actually a prequel, in which case it should have come first, because this show was confused).

Story: The "plot" was an absolute fustercluck. It's like Nanamine from Bakuman got in on the scriptwriting, along with 50 of his internet advisors, and then everyone also had caffeine-induced ADHD on top of it. It felt like someone tried to throw in everything that was cool into one place, stirred the pot, and then spun it around in circles. From the vagueness of everything, the weak flashbacks, the staged fights that didn't advance the story, the unexplained characters, the unexplained setting, EVERYTHING about the "story" was half-assed and incomplete and annoying. It made watching the show a complete and utter drag.

Animation and Soundtrack: Actually, these are the high points of the show. Don't kid yourself. I remember after watching the first episode, I thought that it would be nice to see more movie-score-type soundtracks for anime, with the rushing classical pieces to create excellent atmosphere. Similarly, the art in this one is pretty win. Textures, effects, lighting, and fight scenes: none of it disappoints (if you can overlook the weakness of the story).

Characters: I kind of liked them at first, but then I didn't. They failed to convince me of their motives and they all had these complex histories with each other that were never fully explained and therefore lost their believability, and the MC was wishy washy and unentertaining. The majority of them can be reduced to tropes: hotheaded skateboard dude, cool megane dude (and apparently one of those wasn't even enough), responsible female class rep, booby catgirl with a lack of understanding of the real world and an overabundance of energy and high-pitchedness, serious samurai dude, etc etc. This really added to the overall lack of substance and content in the show.

This anime gets an IAMDISAPPOINT/10 and I will likely not be watching anything related to it evar again. Unfortunately, this sort of mediocrity-bordering-on-low-quality seems to be the standard for this season, so it took me a while to realize how bad it actually was. And then I was frustrated because it's so darn pretty to look at.

Watch at your own risk.

I ended up liking this show but for all the wrong reasons. While its sound design and animation was the best I have seen in quite some time, the plot was indeed a clusterfuck of wtf. 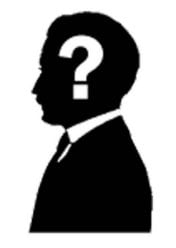 You only focus on the confusing story rather on the show itself.

Summary: A high school boy, Shiro, leaves school campus to run an errand and finds himself under attack by two different people who both have weird powers. He gets away, but one of them follows, long enough for Shiro to find out that they think he's the murderer in some video clip. Shiro has no memories of killing anyone but he looks a lot like the murderer. Shiro convinces this attacker (Kuro) that it wasn't him, but the others keep making moves and attacking him. There's also color clans and a catgirl who was never explained and some flashbacks about scientific experiments but I was never really sure what the significance of all that stuff was in relation to the plot.

Basically, other than the premise/beginning (the video clip and the memories) none of the plot ever makes enough sense to even summarize. Hope this helps.

I dont mean to trouble you too much but can you just give me a slight summary of the story, according to your review I sould have no problems with animation and sound, so if not too much just a few lines, I just want to now what its about from a person who has watched it, I dont trust the summary animeplanet gives...... lol