My boyfriend watches a lot of anime and for a while I was totally against it.  Eventually it became a "if you can't beat-em join-em" situation.  So, I slowly started to find things that I liked.  I soon came to realize that with reality TV, which I hate with a passion, taking over the majority of air waves, anime was the way to go.

The one thing I have always wondered though is why the most popular length for a show is around 24 episodes.  Unlike sitcoms, animes have the luxury of the characters aging only when the artist changes what they look like.  My favorite TV shows are things like Boy Meets World (follows Cory from like the age of 13 to the end of college), Sabrina the Teenage Witch (beginning of HS, through college, and then after), and Gilmore Girls (again, all through high school and into college).

Why is it that animes rarely seem to last this long?  And when they do, they're not these types of plot lines; instead they are things like Naruto, which as much as my boyfriend likes it, I just can't get into it.

An example of a great show that could've gone on longer would be Ouran High School Host Club.  While I would scream if Haruhi didn't end up with Tamaki, we are left with a bit of a cliff hanger.  I mean they didn't even end the show with a kiss.  The writers definitely could've come up with at least a second season!

Anyways, that's just my opinion.  I'd like to know if anyone has any ideas as to why anime shows are usually only one season long.

Wow, so below is my old profile and it kind of cracks me up (which is why I left it). I wrote it like 5 years ago. I no longer wonder why anime is short, I appreciate it for what it is and then when I want a story to continue, I read fan fiction. Yes, I'm a 27 almost 28-year-old high school teacher who watches anime and reads fanfic; often smut or lemon filled fanfic to be exact. The boyfriend I mentioned in the description below was my boyfriend up until a year ago when I moved from Washington to New Mexico. We had dated for 10 years and it wasn't going anywhere so when I had an opportunity to move away from home, I took it. We are still best friends and talk all the time, but it's weird to see it on here like this. I'm not on this site as much as I used to be; life has a lot more going on then it did 6 years ago when I joined. Well, maybe next time I check this I'll get a kick out of this description. :-p

Biggest news in my life, I am learning to become a hot air balloon pilot.  I now own a hot air balloon (my profile picture), which I named Sunny Rainbow.  Oh, and that same boyfriend I mentioned in my original bio and my last update, has asked me to move back to Seattle at the end of this school year to move in with him.  About time, right?  It's only taken him 13 years to come to this decision.  There are no shortcuts in our relationship.

The guy in itakiss makes me question humanity .Here we are average people trying to be kind to one another trying not to hurt anyone by words or actions..... Still that guy has all the female attention.him refusing proposals is not my issue.... Him being disrespectful and still being adored is what clawed me from inside. 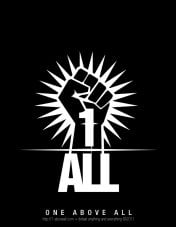 Hey, I jut noticed your comment on my profile, and I really appreciated it. I have since spent time looking at yours, and it is awesome!

I grew up on Boy Meets World and Sabrina too! Reading that someone else still remembers those shows fondly brought a smile to my face! Thanks for that! xD

ofc i will never read your review. i read your comment cause it didnt have a rating, cause like i intended to let you know, you cant rate properly and here is why:

second- i wouldnt call it a shoujo, cause i have many female  friends that watch shoujos but dont like harems.(this is arguable). i also dont agree with- its shoujo- im a girl- i make part of the target audience;

third- true we should have both negatives and positives reviews, if they are well made reviews. if they score poorly, or lets say, score 4/10 and because of the last 9 minutes i will automaticaly assume they are trash and that you felt like hating cause its your hobby or you had nothing else to do;

fourth-  "I liked the show well enough up until the last 9 minutes" dont know what kinda of ending you expected out of a harem commedy, but it was overall a very good ending imo. i just feel it is impossible not to expect what happend in the ending if you were liking a show that was developing towards there.

Lastly- just admit it you didnt like the show and felt anger cause of it. one good review tryes to describe something so that other people would consider knowing it or not. wat you did was give it a poor score so others wont watch it, so feel achamed about it and try growing into a reviewr that respects the ones who produce anime so people enjoy watching it.

THIS  is just my opinion on your opinion.

Hey. About the ending of Love Roma - I'm sorry to say I've read it long time ago and can't recall  how it ended at this point in time ^^' Checking back on my review I can guess it ended quite abruptly (since I usually don't nitpick so much about open ending, yet I did so this time) so it might not be the perfect title for you (slamming a laptop into a wall would certainly be a bad move) but i'd still risk reading it. What I do recall 2 years from the moment I written the review isn't the plot, or the lack of ending, but some really touching scenes that made it worthwile.

But then again - quickly looking through your watched list -  I'd much rather point you towards Honey and Clover (and Honey and Clover 2) since I do believe this show is a must watch for a romance/slice of life fan ;]