Apr 26, 2010
Read other reviews of Nogizaka Haruka no Himitsu: Purezza

I'm going to start by the overall opinion about this anime: they took the first season's characters and they forgot about the (very few) good points that season had, along with the reasons I actually wanted to watch this. What's left? 12 episodes of absolute boredom, so-slow-kill-me-now pace and absolutely plain characters in absolutely plain places. I only finished watching it because I don't like to leave series unfinished. Not that I had any hope of this improving on its last episode.

Oh, wait, there is story? Forget about the title, sin</script> ce Haruka's secret is not important anymore. It's just one loser guy that says yes to everything every girl says, a mild-retard cute girl that loves him even if he was about to slap her in the face, and like 20 characters which personality you could move to one another and the show wouldn't even be affected. Add some random places, cliché situations you have already seen in 7 out of 10 animes and some ecchi.

It had one mini-arc but it was so predictable, plus it did destroy the last congruent piece about the main character (Haruka). I mean, one day this girl hides she likes anime, the next becomes an idol? WTF.

Ah, the titles have nothing to do with the actual episodes. They must've feel so clever to put sexual jokes on it and letting people find out it's bs.

I almost forget. The comedy moments are not even funny. Only a very few of them, mostly including Haruka's parents.

No complaints there. Yuto (main male chara) looks dull and plain, but it fits his personality, so... Girls, on the other side, are cute. Op & ed are cute in a manner of speaking, but I skipped them after watching them for the first time.

Average soundtrack. Pretty average cast. I ended up loathing Haruka's voice as it is so formal. Op & Ed don't deserve a second listening, but that's just my two cents there. There's gotta be people that liked them.

You could cut half of the characters and the show would work the same way. Too many maids, too many little sister, too many boring secondary-classmates. The little otaku almost disappears in this 2nd season, and it was fun in the 1st one provoking some situations.

The main characters are boring, and they make you wonder if they are really 16-17 years old. They get excited when they are touched in the shoulder. They stare at each other and say each other's name (A LOT) just like that, but it's not even funny. Don't expect them to evolve as episodes go by. And don't expect big improvements in their relationship. So, what's left? They have no will, they are such pushovers that they belong together.

It's even sad that the show's writers try to create a sub-plot with Shiina as she is in love with Yuto, or with the little sister Mika. By the way, she's more adult than her older sister. No surprises there.

Okay, you could lose your time with worse animes than this one. But my advice is to avoid unless you completely loved the first season. Then (MAYBE) it just won't come as such a big disappointment. And pray with me they won't spend any further yen in making a 3rd season out of this. Please.

This was one of my first animes it watched (I mean 1st and 2nd season) but even then I know what would happen next. End of 2nd season is damn slow and could hardly bare to watch it till end.

great review, describes the story great. this anime is just like hundreds of others with a gay main character, with only one good quality. he is a nice guy. the story is just mad unrealistic, i mean the nice guy never gets the girl. 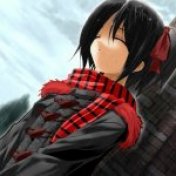 The guy is a hopeless dickweed..

"Can you scrub your sorry ass on a freaking pile of needles singing I Believe I can Fly?" - OH YEAH BABY!..