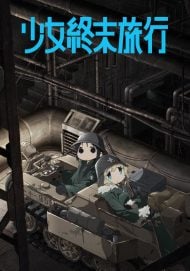 Alright, let me start by saying that I've seen many a review describing this anime as ''boring'', claiming that ''nothing happens'' and that the characters are ''bland and uninteresting''. Despite my rating of the show, I have to agree to an extent, as the Chito and Yuri are fairly shallow in terms of how much they're fleshed out. Instead of them receiving a detailed backstory, the author decided to keep the backstory short and have the two embody different themes (at least thats what I took away from the show). Chito is very careful, orderly, meticulous and not very laid-back, adequately embodying a... See full review