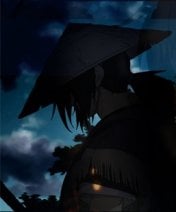 Hello, You can call me Ramom and I'm from Brazil. While at college I've been to Japan as an exchange student and now I work at my country as a data scientist.

I've been watching anime on TV since I was a kid, nut back then I was making no distinction between anime and american cartoons. My first experience with subbed anime was aroung 2005 when I was twelve and I was at a friend's house where we watched the just released episode 75 of Naruto.

The first anime I've ever fully watched was Onegai Teacher, it put me in this new world of japanese animation and therefore I have a special care for this one.

Some of my fav animes are Silver Spoon, Violet Evergarden, GTO, Shin Sekai Yori, Hajime no Ippo, Diamond no Ace and Dorohedoro. You can click here to see my yearly ranking.

I rarely rewatch any anime and since I only change my grades when I rewatch an anime or shortely after I watch it, some of the high grades in shitty animes can be explained by a grade given by a retarded sixteen years old or just because of the nostalgic feeling associated with the series. Also, some of the things I usually don't like are mecha, harem, nonsense and shounen-ai.

I may have followed you baceuse I liked your anime list. Feel free to follow me back or message me.

Encourage ramomnf to add some by leaving a comment below!

Just a reminder that Secret Santa is back and sign-ups are still open if you want to play again this year! ^_^ Secret Santa 2021

Hi Ramom! Thanks for the follow and nice to meet you :)

about your rec saying Dorohedoro is similar to Golden Kamuy,

"They share a similar kind of humor, have a really complex world with no black in white characters. Nobody is totaly evil or good, they are just human."

My Aots is probably Tokyo Revengers