I'm a yaoi fangirl. Feel free to ignore me.

If you need me for something or want to chat more easily, hit me up on Skype! My name is Korousaywut. Just be sure to tell me your usernasme on here, and I'll reply as soon as possible.

Long story short, I've only recently got into anime via a friend. Used to watch some of it as a kid, but then I got out of it and stuck to gaming for a bit. I'm slowly watching more and more if it, even though I do have a habit of getting bored of everything before I'm even halfway through it. This being said, a large part of my free time does indeed go into anime. I'll typically watch anything suggested by a friend, but my tastes do vary according to my mood.

Aaaany-who, I'm Scathach, also known as Thatchy, Saba, Thatchysarus, Scath, Sabie, and many many more nicknames. Just chose one xD Or, if you prefer, make a new one up!

My hobbies include drawing - mainly animals and furries (anthropamorphic animals) - video games and visual novels of various kinds, reading, rock-collecting, singing, and horse-back riding. I tend to use a rather large vocabulary for my age, since I do indeed horde books and have been reading above-level since I first entered school. I'm a high-schooler right now aiming to attend SCAD (Savannah College of Art and Design), and many have labeled me as goth or emo. So yeah, to put it simply, I'm weird.

(Keep in mind that there are some exceptions) 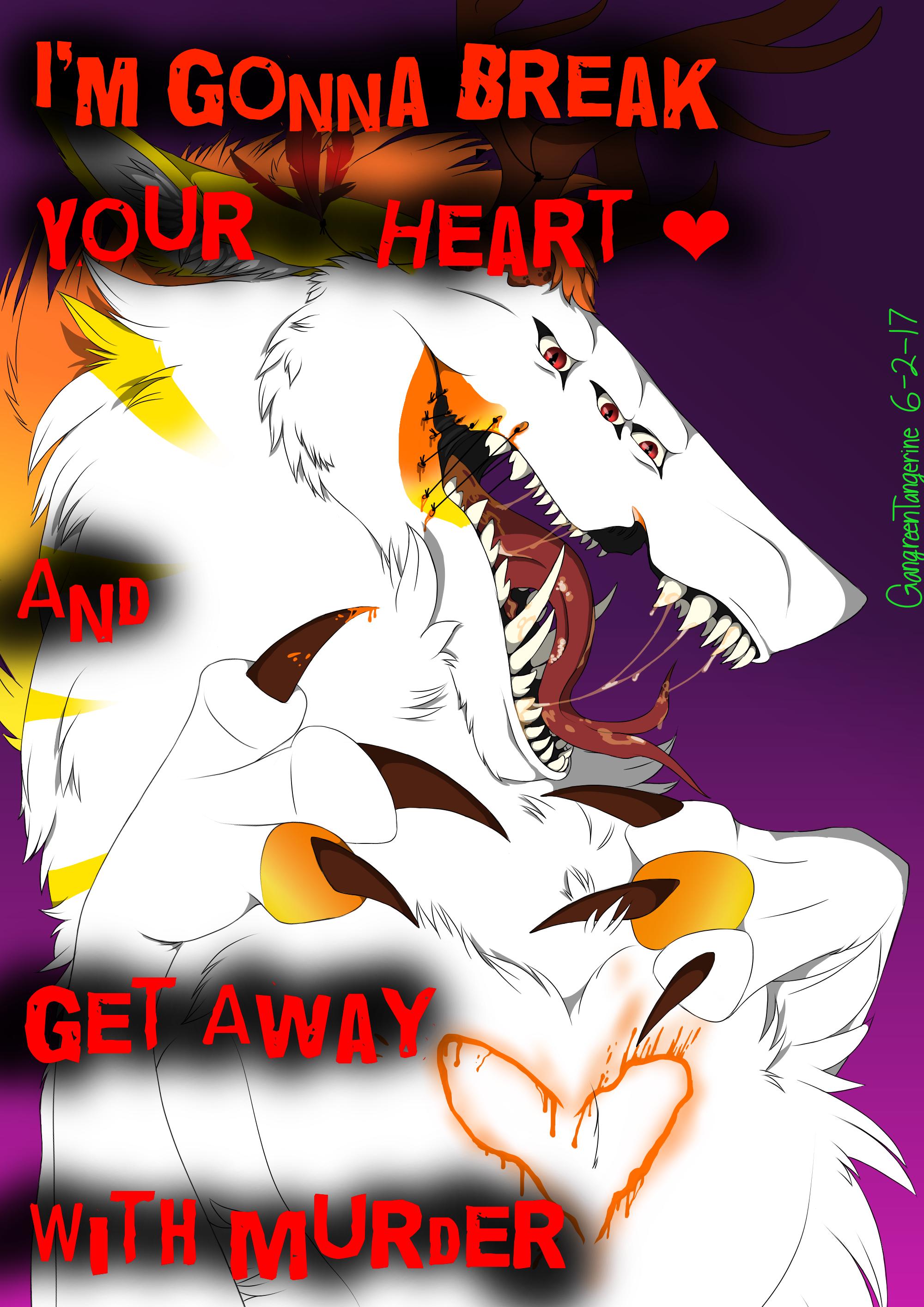 Art of my own personal OC/Species, the lykanthor. The OC's name is King.

Art is by a friend named GangreenTangerine on Google Plus.

Favorite Song(s): On My Way

I'm a member of the welcoming commitee - also known as WECO!  Click the banner below to see what we do!

Hey, I’m sorry for the late reply, I was and am kinda busy.

Kind of but I personally liked the plot way better than fairy tail for many reasons. I feel bad that you can't watch NS but I don't think you can sit through the meticulous hours of watching naruto.

I've never heard of Betrayal Knows My Name, gonna check it out.

And Guts from Berserk is probably my favorite character, or at least in my top 3. Nothing nor nobody can bring him down, he just keeps fighting. And he looks so cool! :p