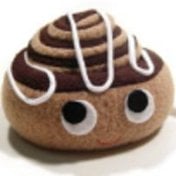 This is a decent series considering that the main character is 10 years old and he's the teacher of 31 highschool girls.

The only thing that really bothered me was the whole 'invoking contract, show me the power hidden within you' part. The sequence never got shorter. It was like a power rangers, its morphin time, not that its bad, but it could occur multiple times in an episode and could be downright annoying. It was also rather time consuming, perhaps they just felt the need to show off naked women with no discernable features... So it's safe for kids...

Anyways final verdict is watch it, but there's some stupid stuff and it starts off a little slow. The plot is also kinda weak, doesn't always make sense.