My ratings are solely based on how much I enjoyed watching a certain anime. It doesn't necessarily correspond to how good an anime actually is, but I put my own enjoyment way above pure quality. So telling me that a certain anime has flaws which I didn't notice, is something I couldn't care less about.

In this bio, I will explain how I first got to love anime, why I stopped for a few years until I came back in 2020 and I'll showcase some key figures. (Sorry for not using flashy GIFs and pics to keep you interested while reading)

HOW DID I DISCOVER ANIME?

It was the 16th of July 2016. I was an active viewer and fan of the well known american rant YouTuber, "Leafy". So as usual, I went onto YouTube and watched his newly released video "THE END OF HUMAN RACE IS FINALLY HERE" (https://youtu.be/vGlxVGKUR3Y it took me a bit of research, not gonna lie). In this video, he used the song called "You Look So Good" from the french trackmaker "Moe Shop" as his intro song for the very first time. After hearing this song, I immediatly was hooked from just a few seconds of the actual soundtrack, so I did a bit of resesarch and found the song a few days later. Then, after listening to the song on repeat for a few more days, I decided to check Moe Shop's official Twitter to see whether or not he still was active and if so, I wanted to check out more of his music. At that time the Rem vs. Ram war from Re:Zero reached it's climax, and he posted tons of memes about Ram being the better part of the pair the whole day. Also he had a pretty cool picture of Ram as profile picture and so, I really wanted to look up whatever everyone was fighting about. Approximately on the 24/25th of July I started to watch Re:Zero myself after having been told about bs.to by my older sister. Quite obviously I was very intrigued by it, and told a friend of mine to start watching it too (I just recently re-discovered exactly that convo in our WhatsApp chat, I told him about it on July 27th 2016). After a few days he decided to give it a shot and so, we were able to have a bit of weeb talk at school, but he didn't seem just as intrigued, so his activity in the anime community died down fairly quickly. A few months afterwards my two best friends kept memeing me because I was in my "depressed teenage phase" (I was just 11 back then, so I had mine earlier than probably everyone). That phase definetly had to do with me watching anime (but obviously it wasn't the main subject of my depression, just something to make me think about life again), as I watched many things which really messed with my mental health. I'm really someone who get's hit badly by anime. I don't cry often, but rather, I internally die and carry a depressed mood around with me for up to 2 weeks from a single anime (I'm looking at you, ERASED), but it's gotten better lately. The fact that I got in touch with anime through a YTer like Leafy is quite amusing, as he liked to make fun of weebs in his videos.

WHY DID I STOP WATCHING ANIME?

It was around the time most people completed their selected anime from winter season 2017. My sister told me, that one of her best friends was caught for just streaming some series on illegal websites just like bs.to and that she received a fine of 700€ (750$ for y'all muricans). I, as a little boy without any income and limited pocket money, was obviously afraid that something similar would happen to me. Even though there was no proof of her being fined just for streaming stuff online, I trusted my sister and I completely stopped illegal streaming after just a few days. Probably the last anime I completed back then, was Urara Meirochou and I was most likely watching Akame Ga Kill and Death Note at that time.

WHY DID I PICK UP WATCHING ANIME AGAIN?

After the beginning of 2020, it suddenly turned out that both of my best friends became weebs themselves without me realising. And so, I naturally picked up watching them again, as I wanted to prove myself as someone who knows quite a bit and to keep up with the conversations in school breaks. I started of watching newer stuff because I didn't like the idea of rewatching, but obviously I ended up rewatching most of the stuff I was into a few years ago, to refresh my memory.

Things I noticed about my anime consumption 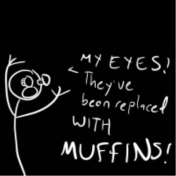 Im also suprised, we have lots of the same stuff on our lists. Since your taste seems to be the same as my taste, you have good taste. Nice to meet you!

Coincidently, my favorite car is the nissan s30 fairlady z, which extemely similar to yours considering their both nissans and made in 69.

Hello there! I want to welcome you to Anime-Planet!

I hope you enjoy the site and the time you will spend here! It's really a good site to organize your anime/manga and to meet other Otakus.

If you have any question or simply want to chat feel free to send a message anytime.

Stay safe in these hard times!