Hello there! I've watched anime since I was little such as Dragon Ball Z and Sailor Moon. However, I got into anime some odd years ago with Ouran High School Host Club. That was the series that brought me into the anime world and I doubt I will be leaving it. With the years I've been with Anime Planet, I have really changed what I watched. I used to someone who would only watch shoujo filled with bishounen. Thankfully, I have gotten out of that and I'm now open to many things. Some things that haven't changed are my disdain for explicit sexual content of any kind (Yaoi, Yuri, Hentai); I might be willing to watch ecchi but it's got to have some content beyond. I'm not much of a fan of horror and violence but those two I'm willing to compromise with. If you have a suggestion, please leave a comment. I tend to forget what is on my "Want to Watch" List. If you have question, please ask and it's nice to meet you :)

Rating System: I write reviews usually after I read or watch something completely. I don't like putting a review if something's not finished because how a series ends is really important when rating the series as whole. Also, I watched a lot before this rating system was put up. Since it's been a while, I'd rather rewatch the series or reread than write a review from something a I had to remember from a while ago. For the stars, I rate based on entertainment and enjoyment. Therefore, for real ratings, looking at my reviews or asking me would be better options. Just because something is five stars does not mean it is 8-10.

Favorites: I put a favorites of the month for anime and manga every month. It's basically what I've really been enjoying the past month. You should check them out. These are also not always an indicator of high quality. Just enjoyment and sometimes quality. I never put something there that I don't like though.

First Impressions: It's basically what it looks like. However, I'll probably only write about series that I didn't really enjoy. I find that my first impressions for series that I like ending being the same things I write in my Favorites blog. I don't want to be repeative so I'll just do ones that I didn't like.

Watching/Reading: I'm generally watching this at the moment. It's usually a hefty list because an episode or two come out a week and that's all I get to watch. Some are series I have just started. For the most part, I keep everything on here up to date. If I have a change of heart with one of the series I'm watching, I'll change it's status. With manga, I've caught up with several series and I plan on reading them every time a chapter comes out.

Stalled: I may possibly watch this some time in the future probably. It's usually wishy washy. Some I have seen the first episode and feel "meh" towards but I don't want to drop it. Some, I can't find more episodes legally and freely. Others, I might want to start but I feel are daunting (Inuyasha, Reborn!, Naruto, Bleach). I would like to be caught up but 100+ episodes is a lot of work. I haven't given up on them completely. I really like writing reviews on series so I generally don't like dropping things.

Want to Watch/Read: Sounds pretty cool. I'd like to see this. However, there are way too many that I've forgotten what's in this list for the most part.

Dropped: Misnomer for the most part. I have dropped them but if I get word that they really improve, I reconsider. I had a change of heart and decided to put away series I really didn't want to watch. Why spend time on a series if you know you're know you're not going to like it. However, like most things, I'm open minded about changing.

Won't Watch/Read: Misnomer again. Some series I definitely won't watch, others I probably won't watch. If you have a recommendation and it's on my dropped or won't watch list, feel free to have me reconsider. Like I said, I'm pretty open minded.

Personal List: I usually don't make my lists in particular order unless stated. They are not always up to date though.

It's hard to tell, but I'll venture a guess you're a grownup (or close to it). On your want to watch list you have "Bakuman". You should absolutely stall whatever you're watching right now in favor of binge-watching this show. I usually have a pretty solid "feel" for these things and if you're not a teenager anymore, that's the thing you should see before all else on any of your lists. And yes, it has multiple seasons. 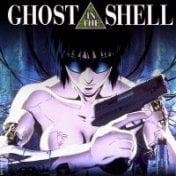 Some of of my favorites are Clannad and After Story, Amagamii SS, KimiKiss, Nana, Lovely Complex, Kimi ga Nozomu Eien, and several others.  Those are really heart touching.

Do you have any other recommendations? Funny, I'm a guy and these are heart touching to me. But trust me, I have plenty of action packed series too!

I am not really into girls manga (hence being a guy), but I do have a few books. I like read them sometimes for the silly humor.