Since this is following the manga, which the first anime didn't stray too far from, all of the ratings I'll give this are based on the new things:  animation and sound.

In fact, the only reason I gave it more than one star is because it's still the story of Sailor Moon, even if this version isn't visually appealing.

One thing I do want to mention is that, though it's following the manga, I (and my friends) all agree that Mamoru/Darien wearing a tuxedo just looks stupid.  Someone said it makes him look like either a vampire or a vampire hunter (due to the medallions, as well).

The season is basically a redux, and just the same thing we already know, only it follows the manga version (so, we shouldn't expect any filler episodes considering that the entire manga series is complete, and Crystal so far is just licensed for the first season).

That was fine (sans Mamoru wearing a tux), but here's where it went downhill:

The worst part of the anime, and what just killed it; I felt like I was punched in the childhood with the animation from just the released clips before the first episode was aired.  Back then, I thought "oh, it's just promotional footage, it probably isn't that bad in the entire thing".  I was wrong.

First off, the characters look too old, and that's due to the amount of makeup drawn on them and the full-bodiedness of their lips.  No 14 year old puts that amount of makeup on, especially one which doesn't have much time in the morning.

The eyelashes are also curled in a way which gives the characters a more mature look, and their body structures appear taller than in the original.  Now, this is closer to the art style in the manga (which I disliked when I first picked the manga up when...was it Mixx Manga?...was still actually publishing them in English)...

The animation also contrasts oddly with the background art, and just isn't a smooth experience to look at overall.  It feels like someone tried to make backgrounds the way they did in the 90's and stick 21st century animation on top of it.

The transformation is just ugly and horrid, and just...NO.  It starts out fine, with the animation of the ribbons...and then turns to the most awful CG render I've seen since some anime have begun to include CG objects randomly in their anime (Detective Conan movie 16, I'm looking at you and your CG soccer balls).

It also takes longer for the transformation to occur (someone made a comparison video, and the new transformation takes about 5 seconds longer), but my real "ungh" moment was that horrid CGing.

They did it not only with Sailor Moon, but with Mercury, as well.  I fully expect all of the Sailor Senshi to have CG transformations...and that was one of the main reasons I said "I'm done with this" at episode two.

A smaller nitpick is how thin and sometimes disproportionate their legs and arms are (when Ami looked at herself when she first transformed and said her line, her arms scared the bajeezes out of me because they were too long and thin; like something from a horror movie). Their legs, I described as "like toothpicks".  The only worse I've seen in terms of legs is when Hiroyuki Takei (mangaka of "Shaman King") continued working on manga after the series and the characters all had stick-like legs for whatever reason.

Between the heavy makeup look and the CG, not to mention the clashing background with the animation, I just can't watch it anymore.

A more positive aspect, but not enough to make up for the aesthetic disaster of the animation.

The opening and ending songs are excellent, and does the series justice for sure (in fact, I believe the opening sequence is better than the entire animation quality of the anime).

The voice actors are so far similar sounding to the first anime even though they're different people (with the exception of Luna, who actually sounds better in this version).  The job with the voice acting is excellent as usual, so I have no complaints about the voice acting or music.

I will not be watching the rest of Sailor Moon Crystal.  Mostly, because it feels like it's destroying my childhood...but otherwise because I can't take it on an aesthetic level visually.

I did pick up the manga (didn't have the money to buy it back then) and read it in the stores, but it was hard to follow and felt all over the place.  Thankfully, the anime is much easier to follow and understand, but because of its glaring animation issue, I can't recommend this to anyone.

My friends and I, who were all looking forward to this "redone Sailor Moon", feel let down; I'm not the only one who won't be watching the next episode.

So, overall, it gets four or five stars only because it's still mostly the same story-wise (there are some differences in the major battles), and mostly the same character-wise.  Those two things are the only factors which keeps this anime afloat with more than one star. 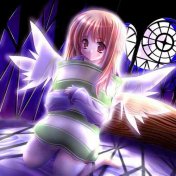 I accepted this version now and I feel the joy of getting to know these characters ones again. Even if I still think that somethings aren't as great they could have been I'm no longer as upset as I was when I wrote the original comment. So forgive me my emotional outburst and know that I still love Sailor Moon in all her forms.

I agree, specially about the transformations. I love Sailor Moon (the anime) and have for so many years but still I never manged to finish reading the manga because it doesn't appeal to me. I don't mind a try to make it more like the manga but if they want to change stuff they need to make it look even better or it will only be a joke. If they want to do a remake they need to do everything in their power to make it look just as good or even better then the original or it's a waste of time.