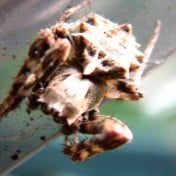 The title, Kaichou wa Maid-sama, tells you exactly what this story is about. The Student Counsel President is a Maid, translated. Misaki Ayuzawa is the female student counsel president of an almost all male high school. To support her family that has come into hard times she is secretly a maid at a maid/cosplay cafe. This fact puts her in a pinch as it could very well change the other students' views of her, loosing their respect and her strict, hard-ass persona. What makes matters worse for her is that the top male student, Takumi Usui, finds out this little secret and uses it to torment her. But you know what that means, when a guy picks on you... right?

Everything about the flow of story is like a standard romance Shoujo tale for the most part. You have a very realistic situation which can help you clean your palette of the usual magic girls, mecha, ecchi-comedy. Having said that it is quite clean and has minimal sexual situations, the lack of which can be refreshing but if you are in it for ecchi you'll be fairly disappointed. However the Moe (as hard as it is for me to use the term) is quite high what with the cosplay cafe aspect. The girls at the cafe are always changing it up a bit for an excuse to give a variety of service to their customers and the viewer gets it second hand. The story progresses well. You don't feel the pressure of waiting a week to see what happens next (the DBZ effect) but you also won't forget about it by any means. The worst I can say about it is that it's a bit generic. The plot lacks a lot of twists and you will be able to expect the same thing for the most part. The little jokes and romantic developments are what keep it cute and fairly interesting.

Kaichou wa Maid-sama is very colorful. It's fun to look at and you won't notice the non-animation parts much if you are watching somewhat passively. The characters keep proper proportions but there is a fair amount of chibi and girl-hits-guy-into-orbit action, represented by simple cutouts and lazy backgrounds. There's a lot of girly, flowery emotion particles and fun stuff like that. This tends to get on my nerves a little as it reminds me of a young girl's doodles but it fits the genre just fine. The art is fair and won't leave you going nuts generally but it won't disappoint you unless you are very picky.

The voices are good and match the characters. I don't have a firm enough grasp on the Japanese language yet to truly appreciate Japanese VA, but I can certainly appreciate the amount of effort I hear and it sounds great. The music you'll hear is standard for anime these days. There is a band in the 10th episode but the artist that does their music escapes me. There maybe more variety on that but it's not a music anime so I doubt you'll see a lot of artists showcasing here. Standard catchy J-pop OP and ED.

The characters are very cute. Lots of cute girls and one cute boy (no spoiler). The other guys are drawn with the handsome sharp eye look most of the time. Often sporting the generic Shoujo hot boy pose, slightly cocky profiles with eyes closed and the smarmy smirk. All of the characters have different personalities making it easy to want to get to know them. There are some characters that follow each others generic flow but the main characters and the other girls at the maid cafe are pretty unique and enjoyable to watch. The romance is pretty good between them. It portrays the frustration and warm feelings or attitudes that should accompany this type of story. You'll probably like the characters more than any other aspect by the end.

This is a satisfying anime to me. I can't say much more than certain generic issues are bad points. I can't expect too much more than a fun romantic romp. I genre bend fairly often so I feel I have a fair grasp of Shoujo, for a male. It's cute and funny with a really fun and warm romantic feel to it. I think anyone can enjoy it due to it's inclusion of many social types and it's not overly sappy or silly. I would also suggest you follow the recommendations laid out for this anime. They seem to be pretty spot on as I have also watched most of them and enjoyed them much the same way.

Nice review. As for the seires, it's really made into typical relaxing shoujo anime that don't leave you short for the episodes but there could deffinitelly be more of the plot. I read all manga there is out right now and I must confess I feel withheld as for the plot, since many thing have been left out. Oh, well, I just hope there will be the second season to make up for it. ^-^ 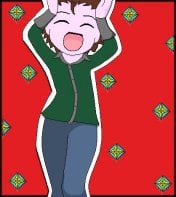 Cute anime an I dig the intro song. 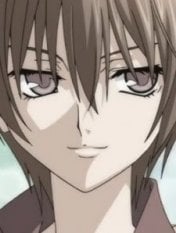 I think the series also made good :)

I agree with your review. It's a very cute series, and it's definitely worth watching if you like shoujo in my opinion. ^^ Very cute story.