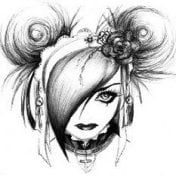 It was obvious from the description and the preview of this show that it was going to be a fanservice anime. Even then, it failed on this part. There have been a few decent ecchi anime that had a plot that had substance, and even shows that didnt have the best plot but were enjoyable...but this was not one of them.

By the time it gets to some 'real' plot, some fighting thing happening in their demon world, there is no real reason to care. Okay, cool, fight some monster and shit. Some dark impact happens to the real world but it is just rushed through and barely mentioned. That itself could have been expanded a ton, yet really it was just mentioned to create drama.

The end is typical, the classic you get the girl in the end but you are still shy about being together, since Japan seems to love not really being okay with being comfortable in a relationship.  The only interesting part is the frank turn down of the childhood friend who in the cliche twist is in love with him, and confesses twice.

So overal, dont bother. If you want to see breasts, you can google some and get better results.

Completely agree with you. Thought I'd start this after finishing High School DxD but it has been a dissapointment. Currently on episode 10 but not sure if I can be bothered to carry on.

I agree somewhat. It was funny at the start, but the main character started to grate on me. By the time I got to episode 4, I couldn't even go ten minutes through.

+1 respect for managing to actually get through this crap to the very end.