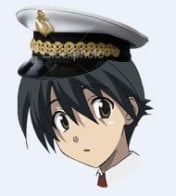 There are three things which I love so much: learn languages, listen to music and watch anime. Nice, huh? Of course I also love manga but nothing like anime because this has music and lyrics in a language that I'm studying (3x1), unfair.

The first anime that I saw was Dragon Ball on 1999, later I began to watch something like Yu Yu Hakusho, Saint Seiya and Rurouni Kenshin on 2002. My first downloaded anime was Excel Saga, followed by .hack//Legend and Rec in 2008. My early anime season was Summer Season 2010 and since then I've been trying to keep the most releases.