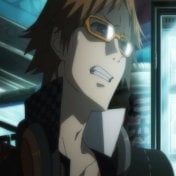 I'm a 22 year old fella who only recently (about 3 years) got into anime. That said, I've probably watched more anime than some people have seen in their lifetime! hehe

Being a video game junkie means I was always likely to get into anime (I mean c'mon - some of the more "obvious animes" like Pokemon come from games and vice versa)...That never happened though since I always wondered if I would enjoy "watching animes as compared to "playing" games (despite being a cartoon fanatic)...what's more I was also always concerned about reading subtitles since I'm a very slow reader (and for the most part despise books - yeah I know I'm missing a lot but still can't stand books! hehe)

So yeah, it indeed took me a long time to get used to watching subbed animes (stuck with dubs for a long time) but now I simply will not have it any other way! Dubbed animes (for the most part) just cannot offer the same experience that subs do...its like watching an awfully crass version of the same thing and that just won't do!

My fav types of anime would definitely be Slice-of-life, Drama, Romance, Comedy and the likes...unlike most lads my age, I actually don't enjoy fighting (and/or shounen) anime that much - with notable exceptions (afterall, my first ever anime was indeed Claymore! - which btw is an awesome anime)...if however, the anime includes aspects of both action and comedy (such as Air Gear - one of my favs and indeed one of my early animes - hence the bias) then I usually enjoy it nonetheless...that said, I simply cannot stand Mecha animes as I find them utterly boring (with Eureka Seven - which isn't really a mecha anime in the real sense being the only exception - and also my fav anime)

Other than that, well I am planning to do more recommendations and reviews here as I've been pretty lazy so far (despite being a member for around 2 yrs now)...so bear with me, as I go through my collection again so I can properly make notes here...

Be sure to reply to it!

Hmmm, well I can agree with you that most mecha are essentially coming of age or fighting stories in another form.  But in my mind, "coming of age" and "boyish" mean about the same thing, so how do you distinguish them? Because by that definition, then Eureka would be no different than the others. I think it's kinda hard to classify nge as coming of age, though...it's quite a bit more, as you know, hehe. That said, it's very fair if you didn't enjoy it.  Have you seen gundam 08th ms team, another one I rec'd to xefeoria? It is definitely not a coming of age story, and it doesn't require you to have seen other gundam series, either.

Overall, I can respect that viewpoint of not wanting to watch "childish" anime, though.

I haven't watched much of therecent anime either, so I can't give you many suggestions.

Akage no Anne is a nice anime as well, it might be targetted towards kids.It's a really old show. It's a show about life. The show is originally based on the novel 'Anne of Green Gables' by Lucy Maud Montgomery. Directed by the great directer Isao Takahata ( The director of Only Yesterday, Grave of Fireflies, My neighbor Yamadas, Heidi etc.). If you're watching the anime, let me know your thoughts on the anime :)

Nope! I haven't seen any of those! But now that I've gotten the recs from you'll I'll be sure to watch them when I get the chance!

And also, although it seems you watched evangelion 1.0, I'd still like to make the recommendation to you of watching the original anime. It will, clearly, not look as good, but the story and characters are much better developed than in the movie, which of course had to cut stuff out to fit in that format. What is it about mecha that you dislike, in general? And why, of all things, would a mecha anime then be your favorite? I'm curious. I have to confess that I haven't seen eureka seven yet, for some reason it's just evaded me, even though in general I like what I've seen of mecha.

Oh my. 27? 22? Seems like you might need to update your bio a bit. :P Just happened to see your profile through Xeforia's, and stopped by to say hi, since I've never seen your name before. :) I'm curious, since you like slice of life so much, what would you recommend to me, someone who generally watches action-based anime but is interested in seeing more good slice of life? I'm not generally a fan of the generic school romcom, but I LOVE Garden of Words, Welcome to the NHK, Wolf Children, The Wind Rises, Beck, Usagi Drop, Bakuman, for example. Thanks and greetings! :D

x'D Good to see someone who appreciates Eureka Seven. I am glad there are people who likes Slice of life - drama genre anime :)